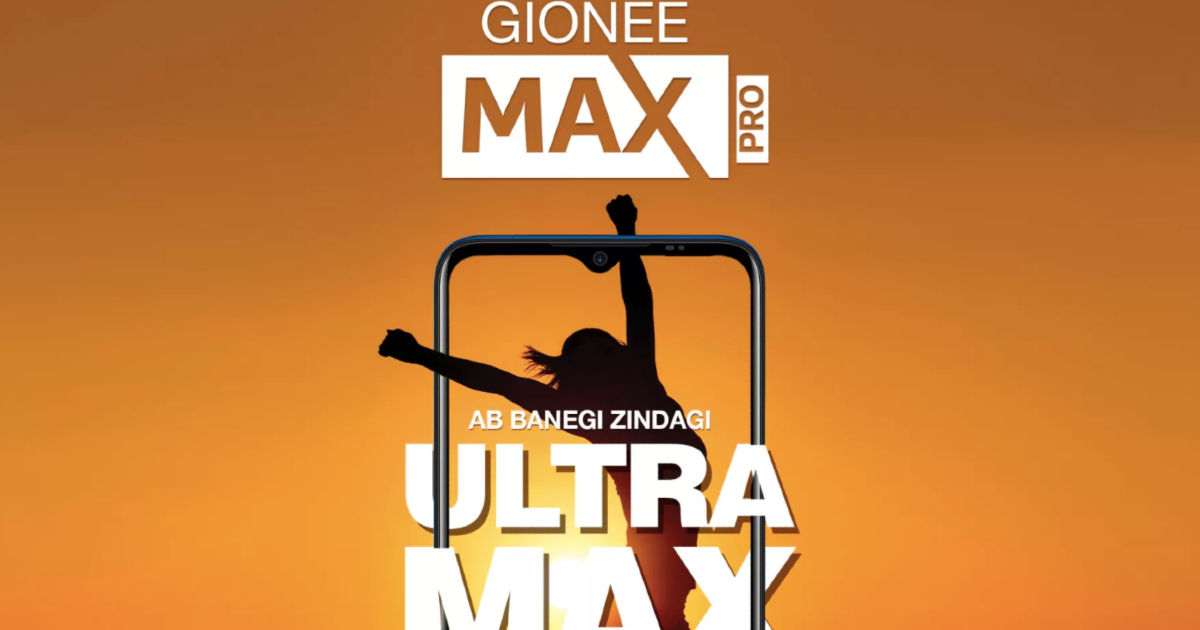 The information has been revealed by Walmart owned e-commerce website, Flipkart as the name of the smartphone was mentioned in the company’s listings and according to a report by India Today, a dedicated microsite is also speculated to go live on Flipkart on the launch of the new Gionee Max Pro.

The new Gionee smartphone is said to only be available online on Flipkart and not in any Indian retail stores. Anyhow, the Max Pro is said to have extremely thin and smart bezels on the side but along with it, a thick chin. The name ‘Max Pro’ itself means that the phone will have a bigger form factor and is reportedly equipped with a 6.52-inch HD+ display, as mentioned in several reports. Other than this, 6000mAh of battery capacity can last up to 2 days or more on a single charge depending upon the user’s usage. 3GB of RAM and 32GB of base internal storage will definitely serve you well in the long run, except for the storage.

According to the revealed features of the Gionee Max Pro on Flipkart Listings, the smartphone is also said to have a 13MP primary camera with an advanced secondary camera that features the professional bokeh effect, as mentioned in a report by India Today. According to sources, there is no fingerprint touch sensor for security, so users will have to manually type in the password or PIN to unlock the Gionee Max Pro.

Furthermore, the measurements of the smartphone revealed online are 148 x 70.9 x 10.75 mm and the whole phone weighs only 185 grams. Although the smartphone does not feature a fingerprint scanner, it does include a Face Unlock feature, just like we have on the premium Apple iPhones.

However, considering all of these features, you must think that the Gionee Pro Max must cost more than your average pocket allows but according to what has surfaced on the internet, the Gionee Pro Max only costs INR 5,999 for the base variant with 32GB of internal storage and 2GB of RAM. This affordable pricing along with other great features including 4G LTE, Bluetooth 4.0 GPPS and even a 3.5mm headphone jack will definitely be worth your money if you’re looking out for an affordable budget smartphone.