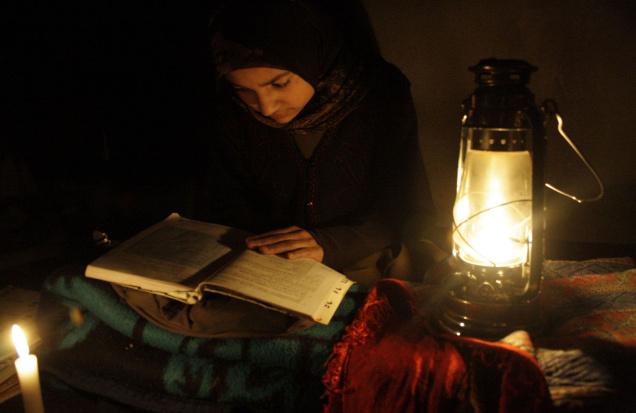 As of the facts latest to October 2015, at least 300 million of India’s 1.25 billion people live without electricity. Moreover, Prime Minister Narendra Modi has made universal access to electricity across the nation a key part of his administration’s ambitions which is expected to put extra burden on the demand as well as production.

This has forced the government to make extra efforts to increase production capacity. Currently, Almost 70 percent of India’s electricity comes from coal-fired plants. About 17 percent comes from hydropower and another 3.5 percent from nuclear. The rest of the electricity i.e. around 10 percent, comes from renewable energy sources —mostly wind farms and solar plants.

At the same time, Indian Government has pledged to be global leader and involve actively in efforts to limit global climate change. India, under Paris climate change agreement, has committed for the 40 per cent account of renewable energy of the installed capacity by 2030.  This puts a major challenge in front of the government to enhance capacity without possible destroying global climate. This also has turned to look for alternatives to cleaner energy sources. Definitely, solar and wind energy sources are clear escape to this menace.

Prime Minister Modi’s engagement ‘Renewable energy roundtable conference’ during his two-day visit to Silicon Valley has given a major push to India’s mission to achieve its target. Thereafter, Piyush Goyal, Minister of state for Power, Coal, New and Renewable energy, announced the ambitious plans to deploy 175 GW of renewable power capacities by 2022, including 100 GW of solar power plants and 75 GW of wind farm plants.

Notably, Government of India has already launched The Jawaharlal Nehru National Solar Mission (National Solar Mission) on 11th January, 2010 with a target of 20GW by 2022 which was later increased to 100 GW in 2015 Union budget of India. The objective of the National Solar Mission is to establish India as a global leader in solar energy, by driving the policy conditions and technology. Under the mission, provisions towards solar PV and solar thermal plants were made. Canal-top Solar Power Projects and Floating Solar Power Projects are latest technological advancement in the technology which the country has already adopted and started implementation.

The Canal Solar Power Project, commissioned by SunEdison India, is a project launched in Gujarat, India, to use the long network of Narmada canals across the state for setting up solar panels to generate 1MW electricity. Country’s first floating PV power plant of capacity 10 kWp was successfully established and tested by India-headquartered module manufacturer Vikram Solar in Rajarhat New Town in Kolkata in December 2014.

In this section, we would take a closer look at Floating Solar Technology and how is this technology being implemented across the nation.

The first question we should consider before we talk about the technology is ‘why should we move towards floating solar technology when the land-based ones perform well?’ Well! One simple yet strong explanation can be limited availability of land for land-based solar plants. It is known that solar plants take up a large amount of land which almost can be put to no other use and in countries where cities are dense and agricultural land is limited, installing land-based solar plants are not a wise solution. Rather, installing water-based solar power or floating solar power plant is alternative to harness the sun power, without taking up extra space on land. 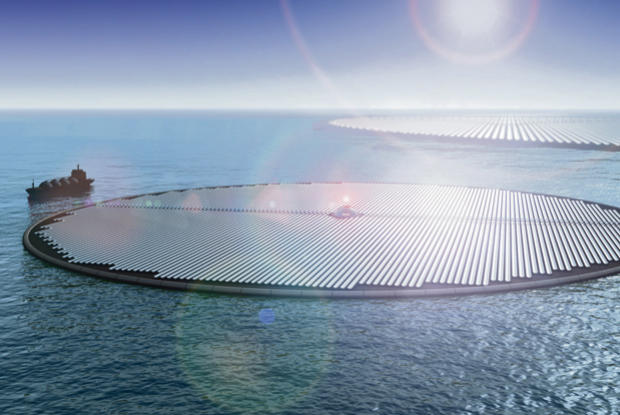 Unlike land-based solar plants, floating solar power plants are installed on water reservoirs like dams, lakes or rivers which really solves the problem of occupying land. The solar panels will be mounted on floating platforms that are anchored tightly so that they do not get damaged even under the worse weather conditions.  Moreover, research suggests that solar panels installed on land face reduction of yield as the ground heats up and affects the rear surface of the solar panel. Studies also suggests that if the rear surfaces of solar panels are kept cooler, then their ability to generate power goes up by as high as to 16%. This advantage is leveraged by installing solar panels on water bodies which keeps the panels cooler and solves the problem of heating to a great extent. When placed on top of the water the solar panels will be able to cool themselves more efficiently which means they will last longer and produce more energy.

Likewise, installation of floating solar panels on the water bodies is not expected to affect the ecology of the water body. Rather, it proves to be beneficial to the water itself as they reduce water evaporation and discourage growth of the algae thus, help preserve water levels during extreme summer conditions.

However, the picture is not all rosy and there are disadvantages as well as challenges too as you move towards installing and commissioning them in real-life. These problems include corrosion due to presence of high moisture content and adverse environmental conditions, stability in times of inclement weather. Besides, safely transporting the power from the floating objects is another challenge which is solved by utilizing shock-proof materials.

India’s first floating solar plant technology was developed by India’s Renewable Energy College under the chairmanship of solar power expert SP Gon Choudhury.  The funding for the project was provided by the Ministry of New and Renewable Energy (MNRE). As mentioned earlier, this power plant of capacity 10 kWp was successfully established and tested by India-headquartered module manufacturer Vikram Solar in Rajarhat New Town in Kolkata in December 2014.

Yet another project for installation of floating solar plant has been commissioned by Manipur Renewable Energy Development Agency (MANIREDA). This floating solar power plant has a capacity of 100KWP and would be installed at Loktak Lake in Manipur, the largest fresh water lake in North East India.  MANIREDA has taken this initiative in collaboration with Arka Ignou Community College of Renewable Energy. College would work with MANIREDA in fixing the detail design parameters, drawings, specifications, finalization of tender and issue of work order.

Also, India is planning to establish the world’s largest floating solar plant in the southern state of Kerala. India’s leading hydro power generator National Hydro Power Corporation (NHPC) in association with Renewable Energy College is planning to set up a 50 MW solar photovoltaic project in Kerala. Again, Renewable Energy College will provide assistance to the company for implementing the project and technical know-how.  The project is estimated to cost about $64-72 million.

Floating solar plants in the world are a rarity and not many countries have invested in this technology for R&D or its implementation. Countries like Japan and Australia other than India are working towards successfully commissioning the floating solar plants.

After the Fukushima nuclear plant disaster in March 2011, Japan has shifted its attention to renewable sources for energy generation, aiming to double the output from its renewable energy sources by the year 2030. Solar Power Company Kyocera is working on a 13.4-megawatt project on the Yamakura Dam reservoir, which will become the largest floating solar installation in the world ever after it starts operation in March 2016.

10 Bitcoins Facts That Every Digital Savvy Person Must Know!