Floki becomes the talk of Twitter town yet again 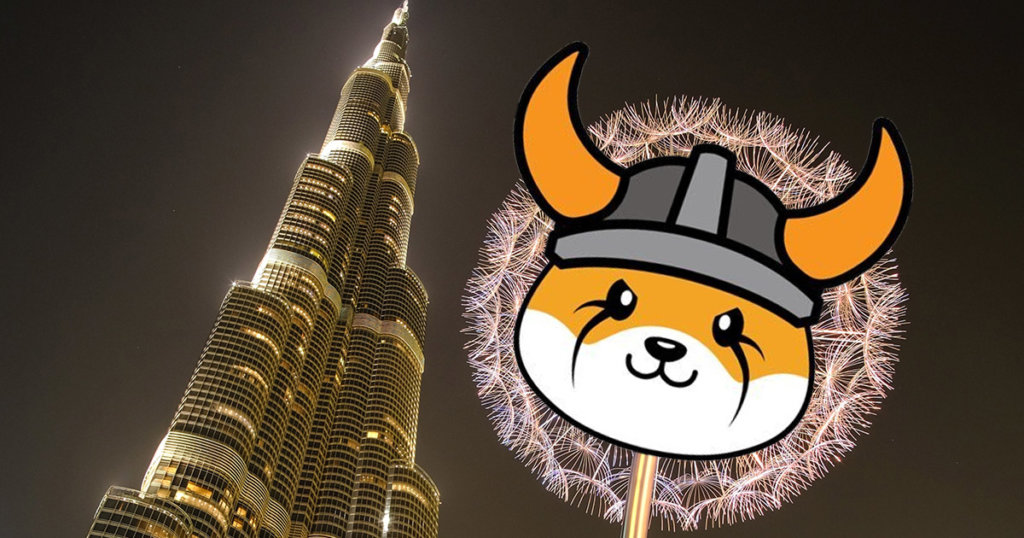 Twitter has got yet another topic to fuss over. And this time, the spotlight is shining on Floki Inu. It seems like the team working behind the meme coin is going all out to promote Floki Inu in every way possible. Well, it might be a while before Floki reaches the moon, but it might have gotten close enough with the recent advertising stunt that is all set to take the meme coin to the tallest building in the world. Floki Inu will be displayed on Burj Khalifa as part of the advertising campaign, the details of which were already announced on the 30th of November.

#FLOKI LOCKS DOWN THE BURJ KHALIFA

In what will be a landmark campaign symbolic of our strategic intent to dominate the Middle East, $FLOKI will have a massive display on the Burj Khalifa on the 3rd of December, 2021 – at 8:40PM Dubai time/4:40PM UTC. pic.twitter.com/y9090nbt7s

The #FlokiVikings definitely don't joke around.

We are here to take over! pic.twitter.com/EE6mbI7GcE

This is not the first time Floki has taken the centre stage on Twitter. It seems like the meme coin is gathering pace and it is not anywhere close to stopping. The latest advertising campaign can be highly beneficial to Floki Inu to gain better exposure and reach. Also, the fact that the campaign coincided with the UAE National Day Celebrations adds more highlight to the whole campaign. This is what the team had to say about the advertising campaign, “This is not a small feat and took a lot of legwork and massive connections and documentation, further legitimizing FLOKI as a project and affirming FLOKI as a cryptocurrency to reckon with.”

Only time will tell if the efforts put into the campaign will be reflected in the graphs. From the looks of it, it seems like the news of the campaign has made some impact because the price of Floki Inu has gone up in the past one week up to 31 percent and the last 24 hours have witnessed a 14 percent spike in the prices. The holders are optimistic about the price going further up given the magnitude of the campaign. After all, Floki Inu has a reputation for high-level advertising campaigns. Let’s not forget the number of deals it signed with a multitude of football clubs.

It seems like FLOKI has made the Twitter trending list its usual haunt because every now and then you can see it promenading the trending list. Quite naturally, today Twitterati is busy talking about Floki Inu as the excitement and enthusiasm caused by the campaign are going on. Let us flip through a few reactions and responses on Twitter that rocketed FLOKI to the trending list. There is not even a single day when Twitter doesn’t get excited about crypto.

Picture is worth how many words?

Our team does not stop. Legitimizing Floki to the ones who said we would never be anything other than a short term Meme….

Old unreleased #FLOKI meme. Thought I’d give it the light of day

How to DCA into $FLOKI pic.twitter.com/k10ewP38AE

A Crypto Paradigm Shift is happening.

The only question left…

When will you realize it?

Not invested in #FLOKI but I saw this in the busiest intersection in #melbourne today wow 😮 pic.twitter.com/VAiebmGNjD