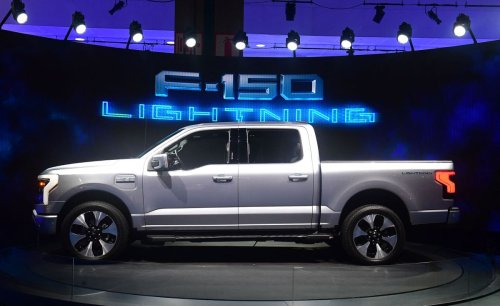 As noted by Farley, Ford appears to have been surprised by the positive reception for the Lightning. Previous production plans for the vehicle were only for 40,000 units annually, though this was eventually raised to 80,000 trucks per year. With order books for the vehicle still growing, however, even a production goal of 80,000 per year seemed overly conservative.

Farley wrote, “In Sept., due to huge demand for #F150Lightning, we doubled our production plan from 40k to 80k trucks per year. The demand keeps growing, so we’re doubling it again and now plan to produce 150,000 annually. America wants an all-electric @Ford F-150 and we plan to deliver,”

In Sept., due to huge demand for #F150Lightning, we doubled our production plan from 40k to 80k trucks per year.

The demand keeps growing, so we're doubling it again and now plan to produce 150,000 annually.

America wants an all-electric @Ford F-150 and we plan to deliver.⚡️ pic.twitter.com/xpyLKApLol

Producing and delivering 150,000 is an impressive goal for Ford, as they have more models to manufacture as well. Their focus on F-150 Lightning is strong, and as the vehicle is well received by customers, it could actually push the sales for the automaker than the time when they sold only fuel-powered vehicles.

It is nothing new for the auto industry by now, the semi-conductor chip shortage and other supply chain constraints have hit the automakers badly. Now, as the demand for electric pickups increases, every automaker is struggling for production. Despite having the capacity, Rivian which first launched an electric pickup into the market is seen struggling to complete its targets. However, unlike other automakers, Ford has been in the industry for a long time. Also the CEO, Jim Farley has been stating the increase in production plans since revealing F-150 Ligthning. So, it could be possible that they actually meet the demand, which would put Ford in a much favourable position.

We're pulling out all the stops and planning to nearly double production of our first all-electric version of America’s best-selling vehicle, the legendary union-built F-Series, with @UAW members leading the way at the Rouge Electric Vehicle Center. #F150Lightning pic.twitter.com/QqvQ1Jrg39

Credits for the pricing information- Teslarati