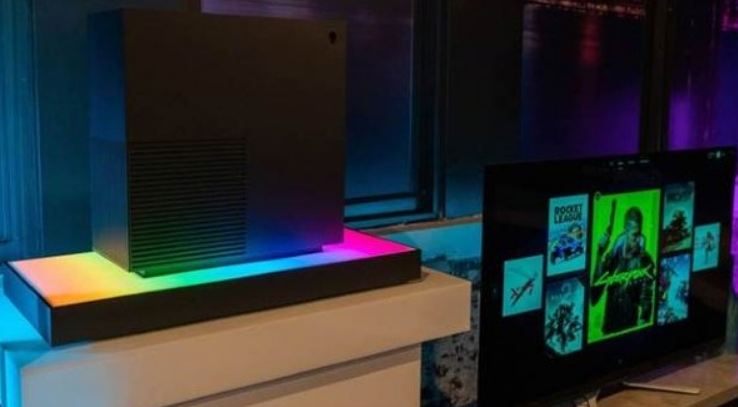 Alienware, Dell’s gaming division, has unveiled Concept Nyx, a revolutionary technology that allows players to play on nearly any device over local networking. This technology, according to Dell, will minimise latency in multi-player games and provide a lag-free gaming experience on a cloud gaming setup.

Edge computing technology is used by Alienware Concept Nyx to process the game at home, which is then broadcast to devices like as smart TVs, desktop monitors, and more. Dell also describes a scenario in which one user explores the Night City in CyberPunk 2077 while the other two housemates compete in rocket league. Not only that, but your cousin will be creating a new Minecraft planet, all powered by a single PC.

Take your controller and head downstairs to start cooking supper while continuing to play Cyberpunk 2077 on a large television with the controller. Concept Nyx, designed by Dell for Alienware, is supposed to have this benefit.

It’s unclear whether this just works on Alienware hardware or whether it can be done with software on other machines. Nonetheless, the technology is promising, and the business is working to iron out the problems so that it is ready for prime time.

The business has also released a photo of the Concept Nyx hardware, which has RGB lighting and appears to be rather futuristic. Alienware also mentions that the business is working on other gaming accessories.

The business also published a photo of an Alienware-branded gaming controller, which might be available in the near future. The controller has a distinctive design with a dual-tone finish and an Alienware branding that sets it apart from Xbox and Playstation controllers.

When will Alienware Concept Nyx launch?

Dell has not provided any details on the Concept Nyx launch. Given that this is merely a concept, the hardware and capabilities of the Concept Nyx might take a year to complete. The company is presently working on it, and when it launches, it may go by a different name.

Dell’s Alienware Concept Nyx laptop would be featuring top-end specifications for sure. However, we will have to wait until the official launch to know more about the laptop. We shall update you as soon as something new gets confirmed! Until that, stay tuned with us on TechStory for more updates.