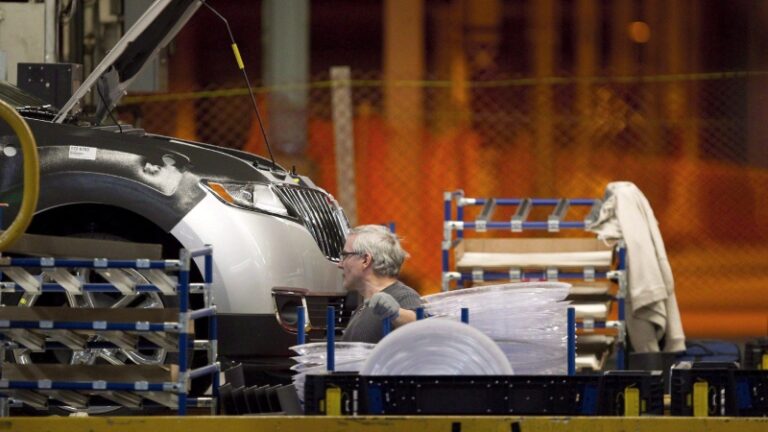 Ford is facing the chip shortage issue and plans to cut or suspend eight of its factories in the US. Meanwhile, the F-150 production in Kansas City will be idled and one shift will run production of Transit vans. Prior to the announcement, the automaker warned that their quarterly production will be low because of chip shortage.

Production at factories in Michigan, Chicago, and Cuautitlan, Mexico will be suspended. The Detroit automaker will also run a single shift or a reduced schedule at its factories in Dearborn, Kentucky, and Louisville while removing overtime at its Oakville factory in Canada.

Furthermore, CNBC reported, other models of Ford vehicles affected by the move include Bronco and Explorer SUVs, Ranger pickups, the Ford Mustang Mach-E electric crossover vehicle, and the Lincoln Aviator. The cuts signal the chip shortage that devastated the auto industry last year continues to linger. They come a day after Ford significantly missed Wall Street’s earnings expectations due to lower-than-expected production caused by the supply chain issues, causing shares to tumble 9.7% on Friday. Additionally, Ford stated in an email, “The global semiconductor shortage continues to affect Ford’s North American plants – along with automakers and other industries around the world. Behind the scenes, we have teams working on how to maximize production, with a continued commitment to building every high-demand vehicle for our customers with the quality they expect.”

The fact that Ford is cutting some of its most profitable and in-demand models such as the Bronco, Mach-E, and F-150 shows automakers continue to battle with the problem despite many in the industry expecting a gradual improvement in the supply of chips in 2022. Ford sold 1.9 million vehicles in the U.S. in 2021, down by 6.8% as it managed through a global shortage of semiconductor chips. The parts problem forced Ford and other automakers to sporadically shutter plants and depleted vehicle inventories.

By 2022 certain automakers predicted that the chip shortage issue might be lessened. However, the industry continues to struggle. Reaching EV goals at this rate would be challenging. Additionally, automakers like Ford who have pre-orders in thousands might delay deliveries for a large number of customers. Ford CEO Jim Farley talked about the expansion of their production this year. It looks like there will be more issues to come in the coming months. As other automakers are also having similar issues, it remains unclear which company will be able to sell their electric pickups in large numbers.