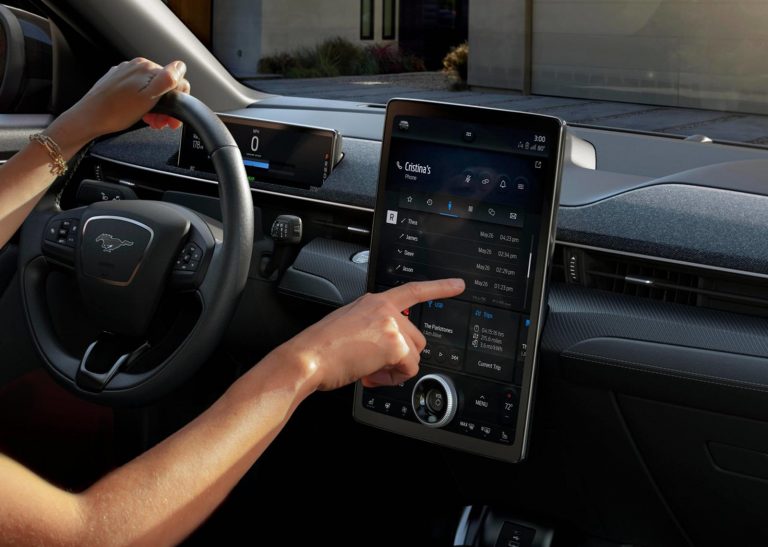 Ford has now patented a system that enables their cameras to detect the nearby billboards. Then display the advertisements in-car display.

Billboards that are as huge as a building may or may not catch the attention of the driver. While the idea of having ads on local transportation like buses always existed.  Ford is now creating another level with their software imbibed cars.

As per the patent, Ford plans to add the website links, phone numbers, and other such details of the advertisement.

Though the patent sounds like a sleek way to say it would benefit the driver. Every application has gained by having premium options, where a user has to pay to not get advertisements. It is most likely that Ford’s software powerless will go ahead with the same business tactics.  Pushing customers to have premium or special features to avoid ads on their devices.

Despite not being so friendly for the driver, the technology used here is advanced. There is very minimal time for the car camera to detect nearby images and actually display billboard advertisements. Additionally, Ford plans to have website addresses and other such details. It would be of advantage for drivers occasionally to have numbers and such details.

With this advanced technology, more innovative products could come up in the future.

Another contradiction is, March-E’s driver monitoring systems are yet to have more advancements. It is said that there are way too many alerting systems. And there were incidents like the car detects the seat belt is taken off but remains in Co-pilot mode.

The engineers from Ford have talked about this with some users. Where they mentioned the alert systems and seat belt disengaging system. There are a lot of other developments that need to be developed.

The in-car ads patent is only an idea they booked for themselves. However, there is no assurance if Ford will be the first one to have in-car advertisements.