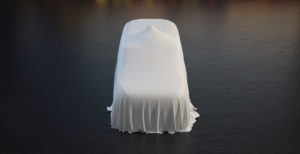 Ford has released a long 44-page report about the future plans for the autonomous vehicles. The report has been named as “A Matter of Trust”, as the company says that ‘trust’ is the central challenge in the development of self-driving vehicles.

According to the company, the development of the autonomous cars isn’t a race and at the end, only the slow and steady will win. And that theory reflects in their plans too. Ford says that initially, they will operate autonomous vehicles as part of a mobility service for moving people or delivering goods as a process to help build trust.

Ford’s purpose-built autonomous vehicle will come to market in 2021 and it has been designed to operate without the pedals or steering wheel. Surprisingly, Ford says that the model will have the level 4 automation.

The level 4 automation offers ‘high level of automation’, which means that the car can be operated by itself only in a specifically defined area of a city and only when the weather is good enough for the sensors to work properly. To have the fully autonomous functionality, the vehicle must have level 5 automation. 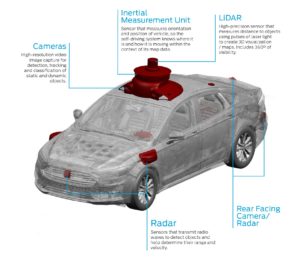 Another concern in such computer-rich car is data security and privacy. Ford says that they are determined to secure consumer data and information. “Ford has sought to mitigate these inherent vulnerabilities by building security into the heart of our System Safety Process,” states the report.

Ford has hinted that the car will have a hybrid powertrain to keep the running costs low. The car will be launched in 2021 but currently, Ford has released a teaser image in which the car is hidden under the wraps. It looks like an SUV or a crossover with a big bump on its head.