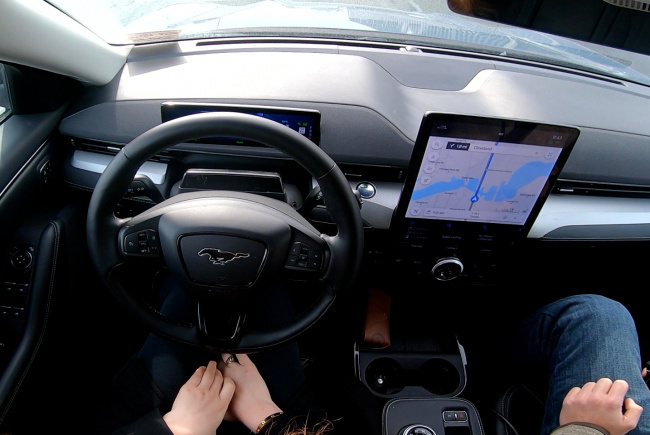 Tesla’s Autopilot, on the other hand, has tumbled off the podium into mediocrity. The CR rankings released this morning are comprised of months of vehicle testing from Ford, Hyundai Motor Group, Tesla, and even our friends over at Toyota. As you’ll see below, not all ADAS are created equal. At it’s core, the technology is a bolstered form of adaptive cruise control (ACC), that combines computer control of a vehicle’s brakes and acceleration with lane centering assistance (LCA) that also helps keep the vehicle a preset distance away from others in your lane.

Irrespective of what flavor Kool-Aid one chooses to drink, full self-driving technology still feels perpetually two years away (ask Elon Musk). In the meantime, however, some automakers on the list below have developed some truly impressive technology as the bridge between fully-attentive driving and not doing anything at all. This sort of collaborative driving style may not be yet like an episode of The Jetsons, but it is still a marvel to experience in person and is becoming more and more common in passenger vehicles. According to CR’s data, ADA systems are already available on more than 50% of 2023 model-year vehicles – whether it’s an add-on or a standard feature.

Consumer Reports explained that to determine this list, it put each of the 12 ADAS through laps around its own track in Connecticut, plus a 50-mile loop on public roads throughout late 2022. “Each system was rated for its performance in 40 separate tests, such as steering the car, controlling the speed, and keeping the driver safe and engaged with the act of driving. Additional features such as automatic lane changes or reacting for traffic lights were not evaluated in this test. CR testers evaluated the way each of the 12 systems performed within five specific categories: capability and performance, keeping the driver engaged, ease of use, clear when safe to use, and unresponsive driver.”

In the latest rankings, Ford’s BlueCruise ADAS claimed the top spot over the previous leader in GM’s Super Cruise while Tesla, whose Autopilot sat in second place in 2020, dropped all the way to seventh. Consumer Reports explained that Ford and GM are leading the current pack because their systems also utilize direct driver monitoring systems (DDMS). These additional systems require drivers to keep their eyes on the road while the ADAS is activated, using infrared cameras on the driver’s face to alert them if they stop paying attention to the road.