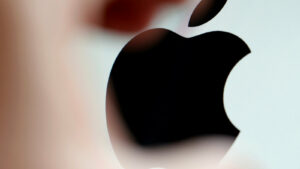 This week, a former executive at Apple Inc, Gene Levoff pleaded guilty to insider trading. The director of corporate law and top corporate secretary at the tech giant admitted to taking part in the scheme for a period of five years.

The former Apple secretary who is based in California, made the admission in a video conference in the presence of US District Judge William J. Martini. According to US attorney Vikas Khanna, this was to six counts of one indictment which charged him with securities fraud. Initially, the US Department of Justice stated, Levoff was charged with a complaint from February 2019.

In statement from Thursday, June 30, Khanna stated how the former executive broke his word to one of the top tech companies of the world for his own monetary profits. Levoff’s sentencing is set to take place November 10 this year.

“Despite being responsible for enforcing Apple’s own ban on insider trading, Levoff used his position of trust to commit insider trading in order to line his own pockets.”

Levoff, between February 2011 and April 2016, misappropriated nonpublic, material data about the financial results of the tech giant. Subsequently, carried out the execution of trades that involved the stock of the tech company.  Apple at one point posted strong net profit and revenue for a particular financial quarter. This was when he bought huge quantities of stock, later on selling it for a profit the moment the reactions to the news came from the market.

The moment there came lower than anticipated revenue, as well as net profit, the former executive carried out the selling of large of massive quantities of stock of the company. Essentially, this enabled him to avoid significant losses while conducting the trade.

Particularly, this plan to defraud the iPhone makers, along with its shareholders enabled Levoff to realise profits. On an average, these profits were $227,000 on some of the trades, enabling him to avoid losses of around $277,000 on others.

FBI Acting Special Agent, Terence Reilly, who is in Charge in Newark, New Jersey, gave a statement on the situation. He stated how the defendant (Levoff) took advantage of ‘his position within a company’ for the sole target of financial gains which he would not have realised in any other case.

Notably, such a securities fraud generally carries maximum penalty of 20 years in jail with a fine of $5 million.