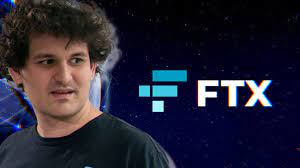 The former CEO of the cryptocurrency exchange platform FTX Sam Bankman-Fried along with Caroline Ellison who was the CEO of the sister company of FTX that is Almeda Research has Been taping for the defense attorney generals in the US. these former executives of FTX are undergoing bankruptcy protection proceedings in the US after the fall of the cryptocurrency exchange platform FTX.

Which defense executives are appointed by the former FTX executives?

The former CEO of FTX has retained law firm Cohen & Gresser’s Mark S. Cohen as their defense attorney in the case. Cohen had been recently working on the defense side for the Ghislaine Maxwell sex trafficking trial in the Eastern District of New York case.

Before Cohen Sam Bankman had hired Martin Flumenbaum of law firm Paul, Weiss, Rifkind, Wharton & Garrison Hardev gift bankruptcy proceedings. but the firm last month mentioned that they are no longer working on the FTX case. The Spokesperson of Sam Bankman Mark Botnick Mentioned these details through an email to a news platform.

Along with Sam Bankman, the other top executive of FTX group and the CEO of Almeda research carolin Elison has also hired defense attorneys from Wilmer Cutler Pickering Hale and Dorr which is a Washington-based law firm. A person familiar with the issue mentioned these issues in detail to a news platform Reuters. The regulators in the US are working on bankruptcy protection proceedings against the Bahamas-based cryptocurrency exchange platform FTX after its collapse last month which created havoc in the Crypto market.

FTX platform collapsed last month after it was having a liquidity crunch in its operation for approximately $1 billion. During the liquidity crunch solution, the platform was not able to work upon the withdrawal request of its users which resulted in the collapse of the cryptocurrency exchange platform FTX.