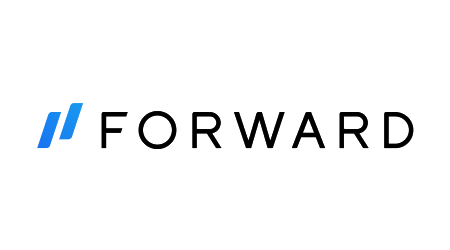 Forward is a United States-based healthcare start-up that aims to provide a healthcare system on a membership basis. Recently, the start-up has announced to have raised funds worth USD 225 million in its latest Series D financing round led by the United Kingdoms-based SoftBank Vision Fund which is a subsidiary of SoftBank Group, along with celebrity pop singer and artist- The Weeknd.

Founded back in 2016 by Adrian Aoun, Forward is a start-up that aims to redesign how healthcare is delivered by leveraging all kinds of technology including Artificial intelligence, mobiles and scanning. Its technology is used for genetic testing, body scans and blood testing to determine the diseases, a patient can have in later stages of his life, as mentioned in a report by PYMNTS.com.

The report also mentions that of a patient is diagnosed with a potential heart issue that could elevate in the near future, Forward Health will set the patient up with a personalised program and a specialist doctor to help the patient deal with the problem, according to a report by Reuters.

Coming back to the funding, the US-based healthcare start-up, when asked about the latest fundraise, mentions that it plans to utilise the freshly infused funds to further expand its geographical presence to more U.S. cities. The start-up also plans to introduce newer health programs centred around cancer detection, heart health, weight management, anxiety, stress and lastly COVID-19.

Existing investors of the start-up include actor Ashton Kutcher and Eric Schmidt, who is the former Chief Executive Officer at Google, Joe Lonsdale- Founder of Palantir, Joshua Kushner-n Oscar co-founder and Garrett Camp- the co-founder of Uber.

PYMNTS report further mentions that Forward has not specifically mentioned anywhere about the company’s valuation but according to some sources, as given in a report by Reuters, with this fundraising, the company can cross the USD 1 billion valuation mark to finally become a member of the Unicorn Club.

COVID-19 has been a catalyst for preventive healthcare as it has certainly given a boost to remote health services in many parts of the United States of America. According to a report by Reuters, Adrian Aoun, founder and Chief Executive Officer, Forward says that the idea of starting the platform came after his brother had a heart attack.