Foxconn apologizes for the hiring error during Covid In China, people protested against the delay of payments claimed by the company and the frustration over the restrictions imposed for Covid 19

Apple’s major supplier, Foxconn confessed that recruits that were hired during the time of the pandemic were actually because of a “technical error” that hit China’s iPhone factory. After noticing the error, the company apologized to its workers after the company was rocked by fresh labor commotion on Thursday.

As a result of the technical error, hundreds of workers came out into the streets to protest against the company. Many men broke down windows and CCTVs at the factory in Zhengzhou city on Wednesday.

In China, people protested against the delay of payments claimed by the company and the frustration over the restrictions imposed for Covid 19.

“Our team has been looking into the matter and discovered a technical error occurred during the onboarding process,” Foxconn said in a statement.

“We apologize for an input error in the computer system and guarantee that the actual pay is the same as agreed and the official recruitment posters.” The Foxconn source familiar with the matter said to Reuters that the huge protest was silent by Thursday and the company started communicating with employees who were involved in the small protest.

The Taiwanese company offered employees who want to go back to their hometown “corresponding care subsidies”. The company also said that it would try to solve concerns and meet its worker’s demands.

The plant in Zhengzhou makes Apple Inc devices that include new devices like iPhone 14 and max pro, it employs more than 200,000 people

On Thursday, the production of the plant started to continue and to resolve the dispute the company reached the ” initial agreements” with the employee.

Videos that were circulated online on Wednesday showed how workers complained about meals and that they were never sure if they would get meals while staying in quarantine in Central Henan province. 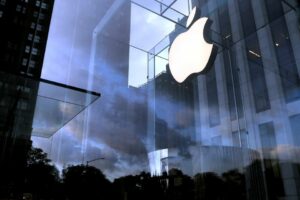 Apple Inc. is a multinational technology company headquartered in Cupertino, California, U.S. It was founded by Steve Jobs, Steve Wozniak, and Ronald Wayne on 1 April 1976 in Los Altos, California, United States. It is the largest tech company in terms of revenue which was $365.8 billion in 2021 and the world’s biggest company by market cap as of June 2022.

It is also the fourth fourth-largest vendor in terms of unit sales and second-largest in terms of mobile manufacturers. In August 2018, Apple was the first publicly traded company in the U.S. that was valued at over $1 trillion.