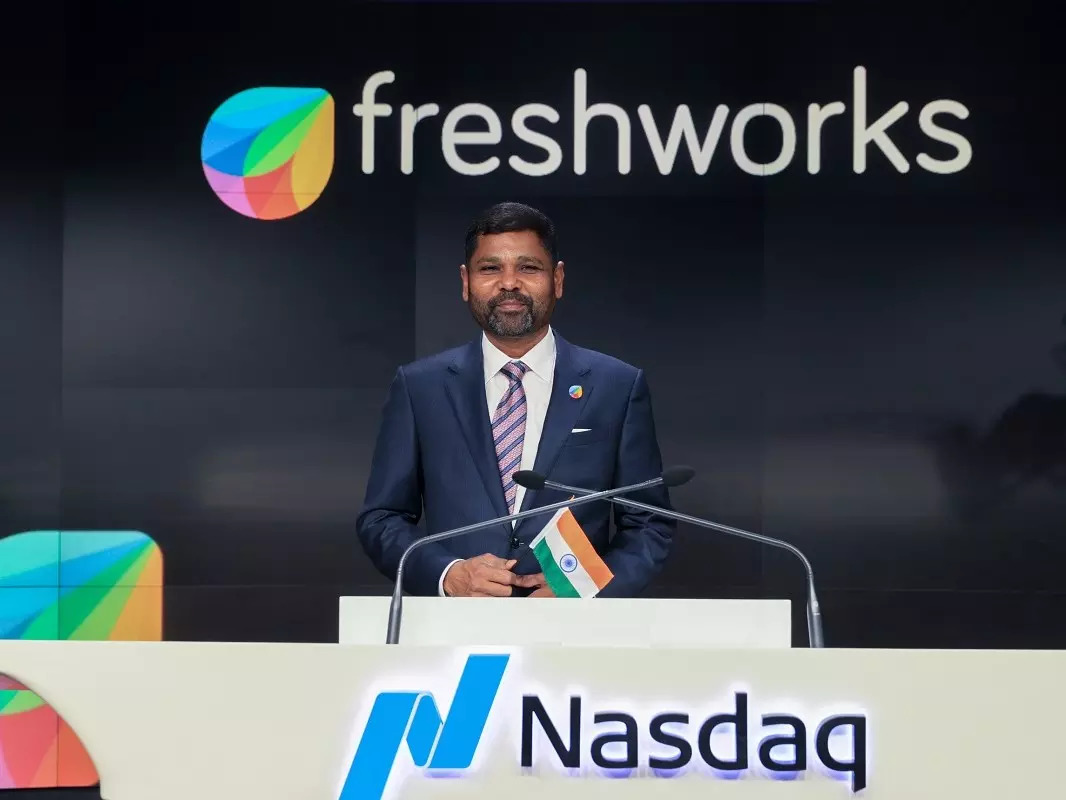 Freshworks Inc. is a Software as a Service company founded in Chennai, India. The company is headquartered in San Mateo, California and recently it has successfully made its debut on the NASDAQ exchange after having a massive billion-dollar Initial Public Offering. Freshworks is in the limelight as it becomes the first Indian Software as a Service or SaaS company and the first-ever unicorn to make it up to the list.

The Indian SaaS platform aimed to raise approximately USD 1.03 billion for which it had priced its U.S. IPO slightly above the target price range. As a result, Freshworks was valued at USD 10.13 billion in its first U.S. Initial Public Offering, as mentioned in a report by Live Mint. The SaaS form opened at USD 43.50 per share as compared to the IPO price of USD 36 apiece.

On the NASDAQ exchange, the Salesforce rival was valued at USD 12.2 billion on Wednesday after its shares opened 21 percent above its IPO pricing. The fact that investors are so keen to invest in the company shows the industry’s massive demand for SaaS-based companies in the growing demand pushed during the global pandemic.

Founded back in 2010 by Girish Mathrubootham, Vijay Shankar, and Shan Krishnaswamy, Freshworks Inc. goes by the ticker name FRSH on NASDAQ.

In conversation with the Economic Times, Girish Mathrubootham, co-founder and Chief Executive Officer of Freshworks Inc. says that the Software as a Service sector has the potential to rival the country’s huge IT industry.

Mathrubootham further went on to mention that Freshworks has created an abundance of wealth for its employees in the past, with over 500 staff members of the company becoming ‘crorepatis’, out of which 69 of them are under the age of 30 years. Thus, it is proof that Freshworks Inc. concluded a successful Initial Public Offering, creating a lot of wealth for its employees, becoming the first Indian SaaS unicorn company to have reached NASDAQ.

There you go! @mrgirish on stage
"I feel like an Indian athlete who has won a gold medal in the Olympics. Today is day zero."
#Freshworks @FreshworksInc pic.twitter.com/aFGA2onGid

On being asked about the Indian SaaS industry arriving at a global stage, Mathrubootham called it the ‘Roger Bannister moment’ in an interview with the Economic Times. He believes that from this point onwards, it will be fairly inspiring for other SaaS companies from the Indian industry to break out of their shell and come out. He says that the Indian SaaS industry is every bit as big as the established IT services sector.

“I’m super happy and grateful for all the contributions that employees have made because I truly believe that I am not building Freshworks, all of us together are building Freshworks,” says Girish Mathrubootham in an interview with The Economic Times.