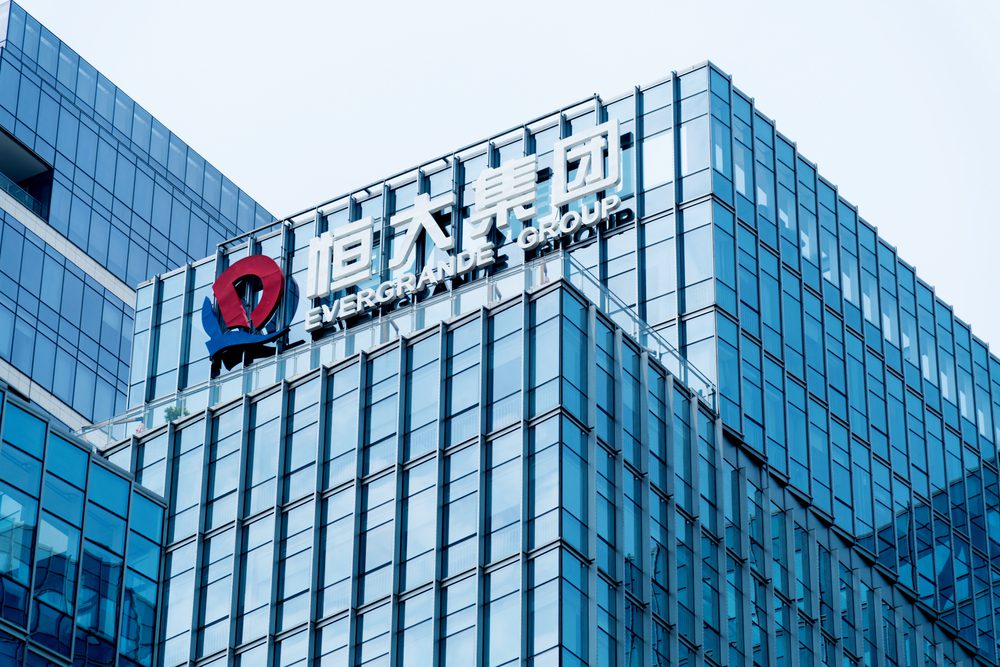 Evergrande Group in China is the second-largest real estate property developer by sales and it was a deemed Fortune 500 company that has slowly and steadily crashed into a market debt of approximately $1.95 trillion.

Currently, the Chinese market player is undergoing an uncontrollable crash and protests have intensified the situation at Evergrande Group’s offices across the country. The reason for these intense protests is unfulfilled promises to over 70,000 investors. There are reportedly over a million homebuyers who have no idea about the status of their investments with Evergrande Group.

The construction of unfinished houses and buildings have all come to a halt because of this uncontrolled crash in the market which, by the way, comes at a very sensitive time. The Chinese economy is struggling with a supply chain problem, President Xi Jinping is steering the transition phase in China leading to a crucial political phase in the country. Other than this, a report by The Economic Times mentions that the credit market stress in China spreads more rapidly from low-rated property businesses to high-rated banks and financially strong businesses. Not to forget that China is already at political war with the United States of America and the Evergrande Group’s downfall during this crucial time will negatively affect the Chinese market with significant long-term damages. As a result of all this, global investors who bought over USD 527 billion of Chinese bonds and stocks in the past 15 months are forced to rethink about their stability in China and are effectively beginning to sell out.

Understanding the depth of something this significant, the Chinese government and market analysts are watching every step with full attention. The communist party in China is still bearing the pains and pressure of Evergrande’s downward spiral and these are all signs of an uncontrolled market crash.

According to recent reports, Evergrande Group has finally begun the repayment process for investors by selling out its asset properties at heavy discounts. A typical business divestment move! As mentioned earlier, the Chinese company is set out to repay over 70,000 buyers who bought their products, and Caixin notes that the amount due is close to $6.2 billion that translates to about 40 billion yuan.

Evergrande Group is typically pushing its buyers and investors to buy discounted asset properties instead of expecting cash repayments. So, in order to make its repayments a success, the plan has tagged residential housing units at a discount of 28 percent, parking units, and storage units at about 52 percent, and offices at 46 percent, as mentioned in a report by The Economic Times.

Earlier this year, Bloomberg reported that for those investors who opt for cash repayment, the duration for full payment would be somewhere close to 2-2.5 years. The plans for that would be 10 percent of their principal amount and interest every quarter to be repaid.

China’s Evergrande Group has literally reshuffled the countries financial economy only because of its large-scale enterprise branding. You must have studied in commerce, the larger the company, the more it tends to impact the country’s economy, so this means that the Chinese government, at present, cannot afford to lose Evergrande Group because it will have financial repercussions that China will not be able to bear with everything that is going on the market. Simple solution- Corporate Restructuring!

Rather than allowing a catastrophic collapse of a Fortune 500 company into bankruptcy, the Chinese are hoping that the regulators will work upon Evergrande’s revival through a corporate restructuring program, only in order to end then company’s USD 300 billion pile of liabilities, as noted by Bloomberg and The Economic Times. Although the plan is far from being a success, this remains the only viable option for the Chinese government, at the moment.

There is a series of very significant questions that Ming Zhao (@FabiusMercurius) has answered on her Twitter handle that we think you must take a look at.

How bad is the current situation for Evergrande Group in China?

Well, Evergrande Group is first in the list of Top 3 most indebted real estate companies in 2020. The company has about 158 billion in cash to repay all of its short-term debt, which clearly means that major defaults are on their way, according to Ming Zhao.

How did Evergrande land in such a degraded financial position?

Ming Zhao explains it in the simplest way. Builders and developers are known to have terrible Cash Conversion Cycles as they have a ton of capital tied up in accounts receivables and thus, the money is not free for use. The real estate companies take several months per project to convert it from an empty piece of barren land to a marketable building, and all of this process is very capital intensive and the company needs to hold a lot of money in inventory and spend it on equipment.

What can Evergrande do now in order to save itself?

Evergrande can do a couple of things to try and save itself.

Who wins and who gets to go home empty-handed?

Ming Zhao has stated a very interesting answer to this question which is very right and to the point.

She says, that the state always wins. The Chinese government will be the first to get the money back and they would always be in a dominant position to be able to force the management to make decisions in their favor, obviously at the expense of every other stakeholder group that is due to get paid by Evergrande Group.

Everyone else gets the F word.

What do you think about Evergrande Group’s situation, do you think it is fair for the government to run a dominant position at this crucial time? What impacts could the restructuring of the company have on the Chinese economy? Will everyone get their money back?

Well, the answers to these questions are still in the air but do let us know what you think because your opinions are the voice of TechStory.

How much cash does it *actually* have?
Will there be a bailout?
Who's gonna get f*cked?

Comparatively, it only has 158B in cash to repay all its short term debt + interest which means…

4/ Real estate companies tend to have long CCCs because it takes many months per project to get from an empty piece of land to a marketable building. All the while, construction is extremely capital intensive and the company needs to hold a ton of inventory & equipment.

6/ But it didn't just stop at football.

The house of cards was falling.

10/ Does Evergrande have enough cash+EBIT to meet its interest + principal obligations for all shareholders?

12/ So what can Evergrande do now?

14/ Here are the primary source documents I used in my research in case anyone wants to do further digging: