FTX to hand over remaining assets to the commission for safe keeping "Urgent interim regulatory action was necessary to protect the interests of clients and creditors of FDM," the commission said in a statement.

On Thursday, the Securities Commission of the Bahamas ordered FTX Digital Markets Ltd (FDM) to transfer all digital assets of the company to a digital wallet controlled by the Commission for safekeeping.

“Urgent interim regulatory action was necessary to protect the interests of clients and creditors of FDM,” the commission said in a statement. 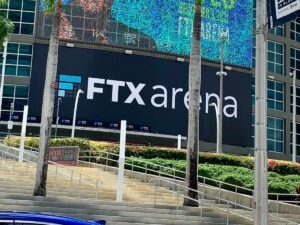 FTX was a leading cryptocurrency exchange once which had an evaluation of $32 billion. But in November 2022, it collapsed in a few days.

FTX filed for bankruptcy chapter 11 protection on Nov 11, 2022. Chapter 11 bankruptcy is a type of bankruptcy that involves a reorganization which means loss making company of business trying or intending to restore its profitability. It can include any type of action like shutting down, layoff, cutting budgets, or selling divisions.

FTX collapsed in Nov 2022 in 10 days. It filed for bankruptcy on November 11 after many users wanted to withdraw money in the first week. Later Sam Bankman-Fried said that the demand of customers wouldn’t be able to meet because the company don’t have enough assets in reserve to give them to customers.

It is an FTX’s own exchange token in its ecosystem which serves as collateral for future positions and discounts in trading fees, etc.

Binance which is the largest cryptocurrency exchange announced on November 8 that it will buy its closest competitor. It went on a non-binding agreement with FTX, the company didn’t reveal the total sum of the acquisition. But the next day they backed out from the deal as it raised concerns of corporate due diligence and mishandling of customers’ funds.

Bahamas Securities regulator on November 10, paused the assets of FTX Digital markets. On the same day, the California Department of Financial Protection initiated an investigation of FTX.

After filing for bankruptcy, within an hour the company became a victim of “unauthorized transactions” which were suspected of hacking. After that, the company decided and said that it will move the digital assets to cold storage for safer and security purposes. It was suspected that about $477 million was stolen and the hack was spotted by Elliptic. As per the reports it was suspected that the fund was invested in the ether by the hacker.

Sam Bankman-Fried the founder and the CEO of FTX on November 11 stepped down as the CEO. He was succeeded by John J Ray III. One year ago he led one more bankrupt company known as Enron which was an energy trading firm. The filings of bankruptcy suggested that the company had assets of around $10 billion to $50 billion and the same range of liabilities.

Sam is an entrepreneur who was born on 6 March 1992 in Standford, California, US. He founded FTX, a cryptocurrency exchange, and Alameda Research which is a quantitative training firm. He graduated from MIT, Cambridge.