Once Upon A Design…… 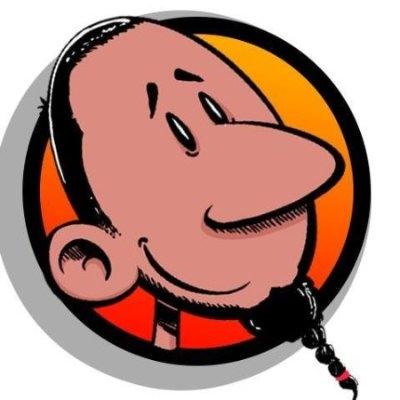 It was a cold December day in Surat, just before the Christmas holidays were about to kick in. Me and 40 other classmates were all set for our final jury of 1st year architecture. Our project was to design a crèche for 3 of our professor’s kids.

All students were to reach class at 7 am, adhering to the ground rules set by our Design Faculty, Snehal Shah, a juror who was never late. Some ready with their models, some hitchhiking on bikes from the hostel and back. One ride for the model, one ride for the drawings and the last ride for a cup of chai and Parle G biscuits at Kalu bhai’s. There was great excitement over who would rank well in this jury. What was there to look forward to? It was the first time all of us would present our ideas to a jury.

An idea or a concept can be great, but what truly matters is how you communicate it and convince people of your great idea. Your idea does not only have to be conveyed, there are steps to it:

The entire batch had come up with everything a first year architecture jury needed to have; inked drawings on gateways sheets, pencil drawings on white and off white cartridge sheets, concept sketches, models to go with them scaled at 1:20, and my personal favorite – drafted perspective drawings.

Our sheets were pinned up, our models lay on the floor and each of us stood in front of them like a guard filled with all the weaponry of words, dialogues and quotes from famous designers and from the books we read just so as to defend our presentation. We had an arsenal of words to defend our presentation, idea and concept. We wanted to impress the jury and more importantly ourselves.

My presentation went well, at least that’s what I thought, after having witnessed the other presentations. It took me some tongue twisting, tripping over my own words trying to explain my concept.

The next presenter had drawn most of the elevations right, as we normally place our plan below tracing paper and project the lines of one side to a ground line and then project the heights. He had made the mistake of projecting the wrong side, and hence one elevation came out wrong, not the kind of mistake you should make if you’re about to spend the rest of your time as an architect. My professor got him to unpin his drawings from the board and at once asked him to tear it. But before he did, he had got him to hold up the drawing and face the class and remarked (in Gujarathi) –

This isn’t a line that sounds great or influential like the ones we see and repost on social media but this statement had meaning for me and I’ve been using it in my professional practice ever since.

People make mistakes because they tend to get passionate about their work. During the course they forget that the design doesn’t just belong to them and it perhaps never will. It is a design. At the end of the day it is for a client; client, the little sleeping cell in our brain that sparked up the other cells to gather in line and produce something amazing for the client cell to enjoy and for you to realize you have the discipline to create, visualize and think for someone else’s needs. This is what makes you a designer.

Over time, during the lectures that led to this final presentation, our professor had bowled us a book, ‘Form, space and order’ authored by DK. Ching and that book blew all our middle stumps away! Meanwhile, his wife Saloni taught us how to have respect for the materials we use. Be it clutch pencils, pens, papers or even a sharpener. It all came as a package. Take a pretty woman for example, if the shoes aren’t right, those legs don’t work it; if the legs don’t work it, the hips don’t twist it, and if the hips don’t twist it, well boys you just missed a shot at God’s greatest creation! This being established, we carved a respect and discipline for everything we used to make our material, be it drawings or models.

I remember what my roommate would often say while drafting “Can you hear that beautiful sound; the pencil painting graphite over paper. Kissshh kisshhhrr,  I just LOVE it. “I had been using a pencil to draw lines and write in notebooks for almost 18 years and all of a sudden I realized that I never knew there was so much joy in just creating a line.

As time passed by we saw lines building from thin to thick and vice versa. Some lines became bricks, some became concrete, some circled around and became enclosures, but the main intention was to learn how to make all these lines come together to form meaningful space.

A quintessential role in a designer’s life is to convince people of his/her idea. All we have is a canvas, be it a piece of paper or an open Photoshop file and what is expected of us is a confident face that suits the occasion be it presenting at a jury or pitching in front of a client. One should be ready on their toes at all times, to show up, to prove, to fit in any design challenge that can be presented to you.

As I grew up, I realized there is an art to everything. The art of good speech, the art of cheating, the art of getting a date but there’s nothing quite like the sincerity of a drawing standing before you, staring at you straight in the eye, engaging you in a conversation of worlds not many words can express. That is the designer I want to be, that is the designer we need to be and if anything else tell that designer to go make up his face!

Praveen Jude Brown : An animator, storyboard artist and Creative Head at GreedyGame is a graduate of IIT Bombay in Animation film design. He is working towards supporting GreedyGame by providing engaging visual storytelling for brands in mobile games