How Game Theory Can Help In Your Startup’s Growth !

What do you do after you decide to start a start-up? Is there an aptitude test? Is it all just a game or is there some theory to dictate the next move? And the most important question – Can you make it?

What NOT to do!

Humans as a species love to follow the crowd. “Hey, e-commerce looks hot! Let’s build an e-commerce startup.”, “We should make a chatting app, because Whatsapp made it big”; this is the goat mentality that we so often fall prey to.

People inherently like consistency and building a startup in the domain you have already been working in, helps maintain that consistency for you. If your first job is in the marketing sector, the chances that you do a marketing startup in comparison to any other kind of startup are much higher. Your first job has primed you to continue to work in the same domain.

Game theory gives you the answers

Game Theory dictates that you first try to understand the motivations and objectives of other players and understand the strategies they will adopt, to define your answering strategy. A startup engages with users, customers and other companies competing with them for a share of the market. Even the government and market regulators are players that a startup engages with. You may not know the exact question to ask but to choose between the answers, start applying game theory to win the game against or alongside other players.

The best result will come from everyone in the group doing what’s best for him and the group.

Note that the best games always have a feasible win-win strategy. In case of customers, create value for them to earn revenue, and in case of competitors, jointly grow the overall market. That’s what you got to do for your startup ! 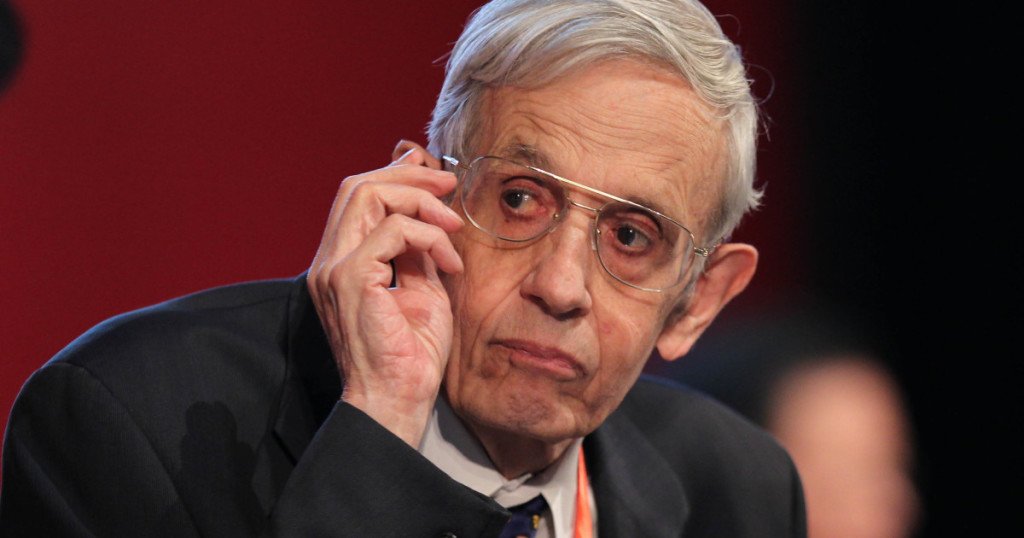 In popular culture, John Nash, the Noble Prize-winning mathematician who invented the Nash Equilibrium, which led to the popularity of game theory, was the character played by Russell Crowe in the acclaimed movie ‘A Beautiful Mind’.

To see game theory at work, we could borrow the ‘Ignoring the Blonde’ scene from the movie ‘A Beautiful Mind’. To quote the movie, “The best result will come from everyone in the group doing what’s best for him and the group”.

To win at some games, cooperation is better than competition.  Unity that arises through a diversity of opinion is stronger than any solitary competitor.

Imagine there are two startups (Startup A and Startup B) of the same size that are providing exactly the same e commerce service. Both startups are pitching to a renowned VC firm on getting  funding. Both startups are well aware of the competition and  have no intention of cooperating with each other.

There can be 4 possible scenarios:

Scenario 1: Both startups ask for a low valuation, the VC firm sees value in both deals and could be putting in 1 million USD in each, to bet on both .

Scenario 2: Startup A asks for a high valuation, Startup B asks for low valuation. VC firm invests 1 million USD into Startup B, and Startup A gets nothing.

Scenario 3: Startup A asks for a low valuation, Startup B asks for high valuation. VC firm invests 1 million USD into Startup A, Startup B gets nothing.

Scenario 4: Both startups ask for high valuation, VC is not entirely happy with either deal but has no choice but to put 1 million USD in each company in order to give a shot at the opportunity.

In a competition, Startup A will attempt to anticipate Startup B’s move and evaluate its own position in order to stop its competitor from getting funding. If Startup B opts for a high valuation, Startup A would be better off with a low valuation, so that it can win over the VC to get funding and ensure Startup B will not get any funding.

If Startup B opts for a low valuation, Startup A thinks it would be better off to put up a low valuation so that it won’t lose out on the funding. Thus Startup A eventually comes to the conclusion that whichever Startup B’s choice will be, it will always opt for a low evaluation.

Similarly Startup B will assess and  see it exactly use the same level of assumptions and hence will always opt for a lower valuation.

Both startups picking a low valuation is the Nash Equilibrium scenario.

What does this pathetically simple and contrived example have to do with entrepreneurship?  I’m glad you asked.  The larger message here, for entrepreneurs is this:  You know more about your company than other people do.  Use that information to your advantage.

Lets take a look at another example:  Lets say you are raising venture capital (or some other type of external capital).  Your job is to then provide credible signals to the investor that you are NOT one of those 9/10 companies that they know is going to fail.  Here are some tips and ideas that flow from this basic concept:

1. Do not send your 100 page business plan to all the VCs you know

The VCs think:  “Only startups that don’t have any contacts in the industry (and hence will have a hard time getting employees, partners and customers) would do this.  Well connected startups would know someone that knows us.   This is a losing deal”.

2. Do not hire an “investment broker” to help you raise money

3. Find a great co-founder that believes in the company

VCs think:  “Here’s someone that gave up their cushy job in a big company to join this startup as co-founder.  They know the business better than we do.  They wouldn’t take on this risk if the startup were really crappy.  Maybe this is a company worth investing in”.

Though you may think you have the coolest idea since sliced bread, they don’t know that.

Moral Of The Story

There are many situations where people you are dealing with are faced with the “adverse selection” problem.  Their experience indicates that every startup thinks they have a cool idea – and their experience also indicates that 90% of them will die.  Your job is to figure out a way around this problem.  Somehow demonstrate that you are in that 10% of companies that actually will succeed.  This applies to investors, partners, employees and customers.