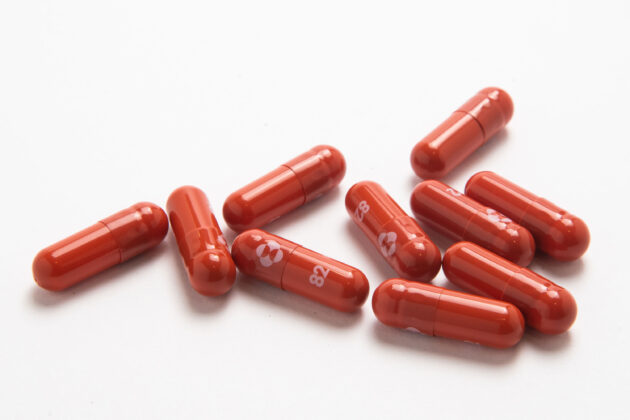 The Bill and Melinda Gates Foundation announced Tuesday that it will contribute up to $120 million to help low-income countries have access to a new COVID-19 treatment tablet.

According to preliminary clinical trial data revealed by pharma giant Merck earlier this month, molnupiravir reduces the likelihood of hospitalization or mortality in newly diagnosed patients by nearly half. The pill was developed in collaboration with Ridgeback Biotherapeutics and evaluated in high-risk individuals.

Merck is requesting an emergency use licence for the tablet from the US Food and Drug Administration, and regulatory bodies in other countries will weigh in as well. The pill has been generally hailed as the first oral, simple-to-use prospective COVID-19 treatment.

The Gates Foundation’s new investment will go toward the development and production of generic versions of molnupiravir. For example, the foundation has given $2.4 million in grants to enterprises to help them get ready to produce and $1.3 million to help them build low-cost manufacturing techniques.

In a statement, Melinda French Gates, co-chair of the foundation, said, “Today’s commitment will ensure that more people in more countries get access to the promising drug molnupiravir.” She also urged other donors, such as foundations and governments, to take action.

The Gates Foundation’s entire funding commitment for pandemic-related initiatives now stands at $1.9 billion as a result of this new initiative. COVID-19 diagnostics, treatments, and vaccinations were developed, manufactured, and delivered with the help of the foundation.

To end this pandemic, we must ensure that everyone has access to life-saving treatments, no matter where they live.

This commitment will help expand access to the promising drug molnupiravir, but it’s not the end of the story. We need other donors to act.https://t.co/9LdGDp5Dhs

Molnupiravir distribution and access are top of mind for government leaders.

In June, the US government agreed to pay Merck $1.2 billion for 1.7 million pills, which works out to $712 for a five-day treatment cycle. Other countries are putting orders for the medicine as well.

Merck had reached licencing deals with eight major generic manufacturers by early October. According to The New York Times, India’s generic makers will sell the pills at a lesser price in impoverished countries, although many countries with low immunisation rates are not part of such arrangements.

Efforts to ensure that low-income nations have access to molnupiravir are being made against a backdrop of delayed vaccine distribution.

According to STAT News, 98 percent of individuals in low-income nations have not been vaccinated, and the international organisation in charge of the effort, COVAX, has only dispatched 330 million of the 2 billion doses anticipated.

The World Health Organization and two Gates Foundation-funded organisations, Gavi, the Vaccine Alliance, and the Coalition for Epidemic Preparedness Innovations, are leading COVAX.

Bill Gates recently stated in an editorial that manufacturing barriers, not intellectual property limitations, have been the most significant impediment to immunisation.

“The world learned the hard way with COVID-19 vaccines that unless we are willing to invest at-risk and at-scale as soon as promising technologies emerge – and ideally before – then there will be limited access for some time, even when need and demand are clear,” said a Gates Foundation spokesperson in an email, referring to the risk of investing in a product before regulatory approval. “We are aiming to do our part to ensure resources are not a barrier to equitable access to molnupiravir.”

An FDA panel will meet Nov. 30 to discuss the safety and effectiveness of the new pill, with a decision on emergency use expected soon after.