More than 50 million German savings bank clients will soon be able to trade cryptocurrency directly from their checking accounts. In early 2022, the German Savings Banks Association will decide on a new digital asset services initiative. Crypto wallets will be available in the same year if the plan is accepted. 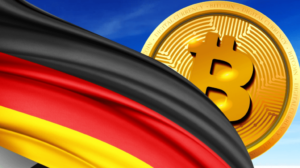 By the end of the first half of 2022, Swissquote, the country’s online bank, wants to start a cryptocurrency exchange. The bank’s compliance and customer service workers have been overwhelmed by the crypto rush, according to the bank. German banks are considering introducing cryptocurrency services to their customers in 2022.

Banks across Europe are looking into adding cryptocurrencies to their product and service offerings. Swissquote, the country’s most well-known online bank, recently announced its intention to develop a cryptocurrency exchange platform.

Customers at around 400 German savings banks may soon be able to trade cryptocurrencies directly from their accounts beginning early next year. The German Savings Banks Association may soon allow more than 50 million consumers to purchase digital assets.

Savings banks in Germany are working on a scheme that would allow their customers to trade cryptocurrencies such as Bitcoin and Ethereum. Over 50 million people could benefit from the proposed service.

A dedicated team at S-Payment, an IT service provider, is working on the initiative, which will allow clients to acquire digital goods straight from their checking accounts. Early next year, the committees of the savings banks will be able to vote on the initiative. If the initiative is approved by the banks in early 2022, the first edition of cryptocurrency wallets will be available that year.

Individual savings banks will pilot the wallet first, and they will then be able to determine whether or not to support cryptocurrency trading. According to a report published in the German magazine “Capital,” the banks involved are expressing early interest as investors in the country seek alternate assets. The interest in the new asset class is “massive,” according to a spokeswoman for the German Savings Banks Association.

As the new product is set to launch amid growing inflation, Helmut Schleweis, head of the German Savings Banks Association, claimed that the present rising prices and low-interest rates are a “toxic mix causing an erosion of wealth.”

Germany’s government recently signed a coalition agreement, stating that cryptocurrencies and blockchain will be two of the country’s primary emphasis areas for the next four years.

Users who seek to trade digital assets would not be required to go through additional verification processes as a result of the new service, which might eliminate the need for middlemen such as cryptocurrency exchanges.