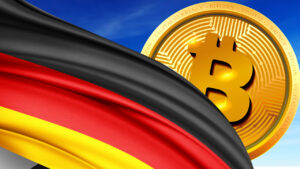 Exordium, sci-fi MMO strategy game Infinite Fleet’s publisher, has been hosting their STO on STOKR since January 2021. It has also raised over US$7.3 million to date. Previously, German retail investors were not allowed to participate in the STOKR offering.

German retail investors can now invest in EXOeu via STOKR immediately, according to BaFin clearance.

The offering’s EXOeu token is issued by Blockstream AMP. It is a platform for the tokenization of securities based on Bitcoin’s Liquid sidechain and directly connected with STOKR.

The BaFin approval is especially significant because it is one of the few cross-border issuances of registered securities that have been approved.

“The approval by BaFin for Exordium’s STO in Germany heralds the start of a new era of cross-border blockchain-based issuances of registered securities”. said STOKR co-founder Tobias Seidl.“Bitcoin is a fundamental backbone of future capital markets, which will be constructed on blockchains,” says the company.

Since its inception in 2017, STOKR has maintained tight ties with a number of European regulators in order to promote the financial innovation afforded by security tokens. STOKR is one of the few alternative asset marketplaces in the EU that caters to both private and professional investors seeking investment opportunities previously only available to venture capital and private equity organisations.

Infinite Fleet developer Samson Mow remarked, “Germany is a major market for the game business. And, we’re pleased to be able to now respond to demand from this region”. “We are particularly thrilled that Germany’s financial regulator sees the Liquid Network’s potential to host regulated security token offerings. And, we look forward to seeing Liquid assist the future of digital securities.”

STOKR is the EU’s first digital marketplace for alternative assets, connecting savvy investors with and funding forward-thinking entrepreneurs. It gives people outside of traditional venture capital’s inner circle access to high-profile investment opportunities. STOKR enables professional and retail investors to connect directly with emerging and growing companies in a simplified and risk-reduced environment. Ceasing the use of middlemen such as custodians or brokers, through EU-compliant security token offers (STOs). The company is based in Luxembourg. STOKR cultivates a community of informed investors who share profit or revenue-sharing rights in the future success of a variety of businesses.

Exordium is a video game publisher created by a group of game industry veterans. Exordium is at the forefront of the confluence of online gaming and crypto-assets. It focuses on developing and distributing unique and socially interactive games. Exordium’s creators have previously released a number of popular AAA games.