Outside of the United States, Paypal has completed the first worldwide extension of its cryptocurrency offering. Customers in the United Kingdom can now use Paypal Crypto to buy, hold, and sell four different cryptocurrencies. 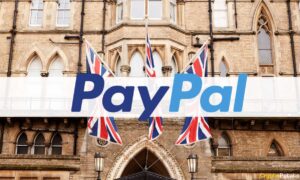 All Eligible UK Customers Can Now Use Paypal Crypto

We are thrilled to report that all qualified clients in the UK can now buy, hold, and trade cryptocurrencies. Which will include bitcoin, ethereum, bitcoin cash, and litecoin using their Paypal account, according to the official account of Paypal U.K.

“You can purchase, trade, and keep cryptocurrencies through Paypal’s cryptocurrency service, but you can’t use it to send cryptocurrency,” Paypal continued. Cryptocurrency purchases and transactions are irreversible and cannot be changed”. However, in May, the firm announced that it will accept cryptocurrency transfers to third-party wallets.

The debut in the United Kingdom, however, “marks the first worldwide extension of the company’s cryptocurrency offering outside of the United States,” according to the payments giant.

Paypal has over 400 million users

Paypal started in October of last year that it would establish a crypto service in the United States. Which will allow “its millions of U.S. users to purchase, store, and sell cryptocurrencies”. Paypal claims that its platform has over 400 million consumers and businesses in over 200 countries. The company’s cryptocurrency offering is now possible by a collaboration with Paxos Trust Company. A New York-based financial institution and blockchain technology firm.

Paypal introduced “Checkout with Crypto” in March, and then in April, it added crypto to its mobile payment service Venmo. The corporation announced its plans to expand its crypto services in July, announcing the hiring of over 100 crypto professionals.