Ghost Of Tsushima Director’s Cut Is Arriving On August 20 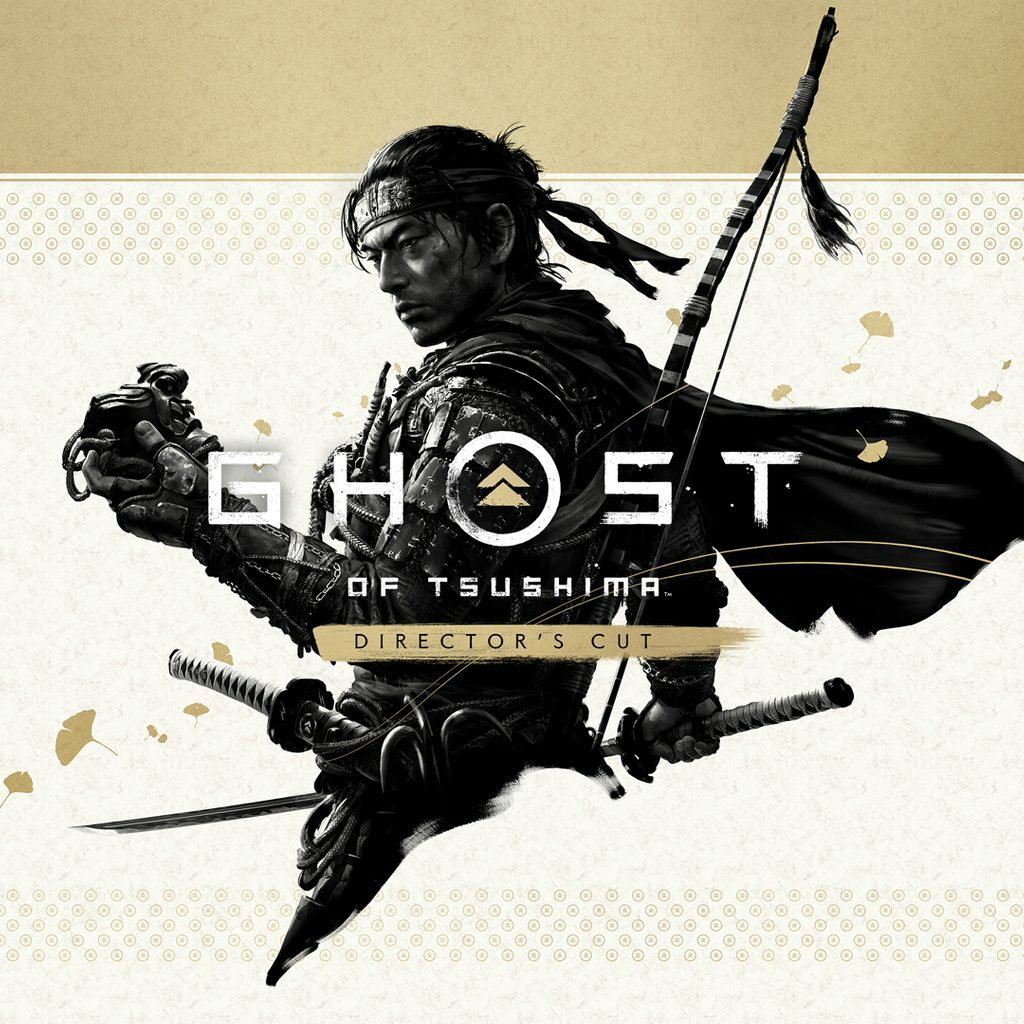 Sony’s hit game Ghost of Tsushima is getting an expanded Directors Cut Edition for PS4 and PS5 on August 20, which includes a new island to explore and content that was only released in the original game. The new version of the game includes a brand new story expansion set on the island of Iki, which was occupied by the Mongols. This reissue of the award-winning game features the original Ghost of Sushma game, additional content, a release date, a brand new island expansion, and additional features for PS5 players.

The new content is on Iki Island, said Sucker Punch, with new story content, characters, environments, armor, enemies, and more. In addition to the exclusive PS5 update released with Ghost of Tsushima: Directors Cut, players on both systems will also receive a free update that includes new access options, activation options for target lock combat, a new model for the game, and much more.

One thing that was not clear at the time was how the contents of Iki Island would feed into the base story. It was easy to assume that it would be presented as endgame content intended for those who had finished the main game, but there was also the possibility that this would be the first time players could access it. At the end of the game, new Iki content can be found at the beginning of the second act. In this new story, Jin travels to another island to investigate a rumor of a Mongolian presence. Jin must travel to a new island to investigate and investigate the rumors.

Directors Cut will be available on PS5 as a standalone title for $69.99 and the PS4 for $59.99 and is also an upgrade option for those who already own Ghost of Tsushimaps4. Owners of the PS4 version can upgrade the game for $19.99, while the PS5 versions cost $29.99. The game is an improved release with a new island to explore, PlayStation 5-specific improvements, tactile feedback, and lip-syncing in Japanese. 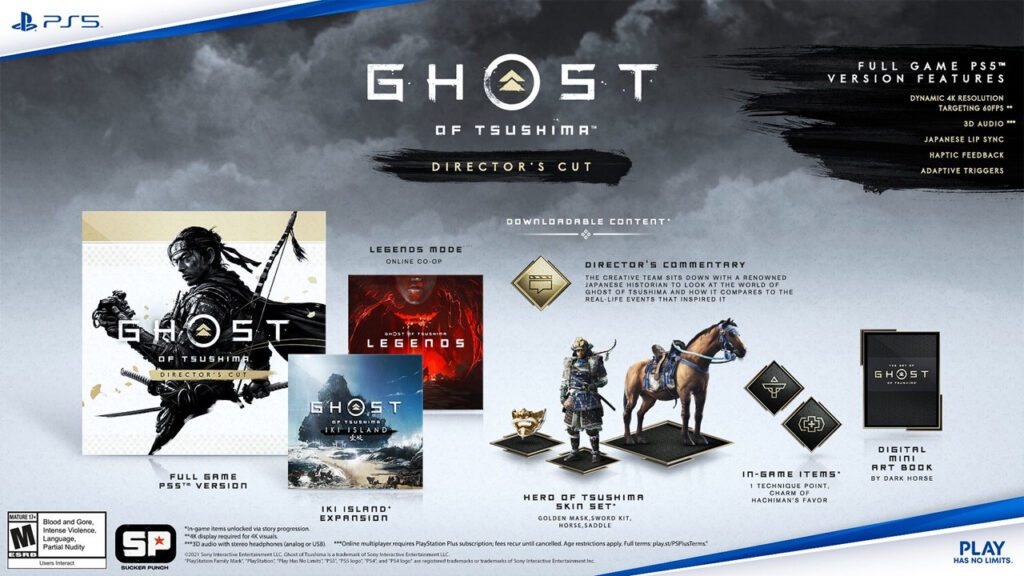 If you buy the PS4 version of Directors Cut and pick up the PS5 at a later time, you can upgrade for $9.99. Those who purchase Ghost of Tsushima: Directors Cut at full price on the PS4 can also upgrade to the PS5 version for $9.99.

Directors Cut allows players on both platforms to experience all IKI content, while PlayStation 5 players have access to some additional new features. Directors Cut will offer new trophies and unlock new IKI content on both platforms. Thanks to the ability of the PS5 to reproduce film sequences and real-time clips from Ghost of Tsushima: Iki Island, the console also features lip-synced Japanese voices.

After various leaks in various rating agencies around the world, Sucker Punch will officially release the critically acclaimed open-world stealth-action game Ghost of Tsushima on August 20 for PlayStation 4 and PlayStation 5. In other news, Sucker Punch’s samurai game Ghost Of Tsushima has recorded a film adaptation after winning the Players Voice Award at last year’s Game Awards. Sucker Punch, of course, belongs to PlayStation and was taken over by recurring developer Housemarque. 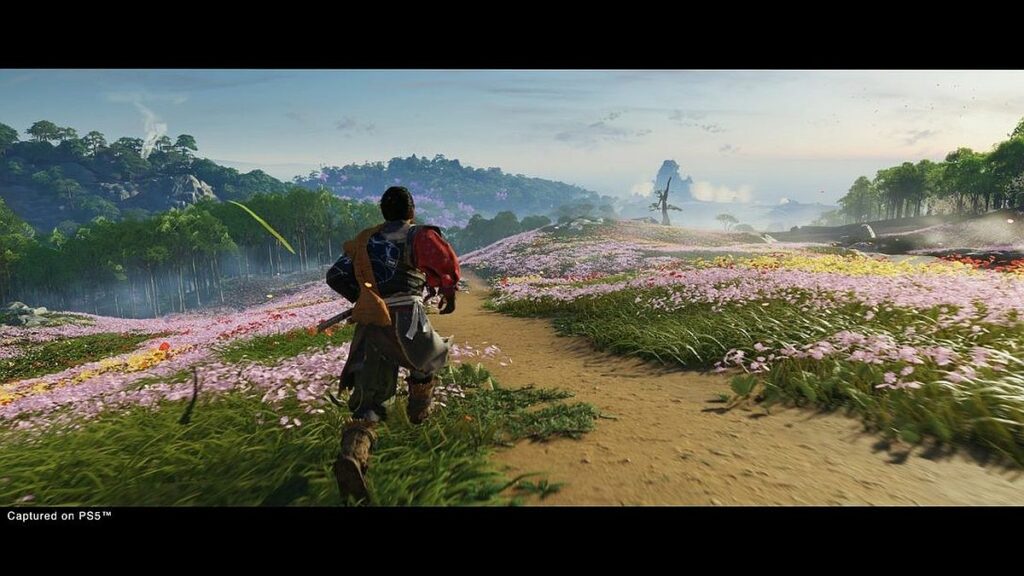 It was a nice, pleasant surprise when Sony offered the owners of the PS4 version of the PlayStation 5 a free PS5 upgrade. A new Photo Mode Update, additional accessibility options, corrected lip-sync issues, 4K options and more for a better version of PlayStation Exclusive is a solid offer for anyone who wants to revisit the game and try it for the first time. This means that a total of nine games on the Xbox Series X will be upgraded for the next generation without costing existing owners even a penny – Sony will not give an upgrade for any of its first-party games – except for the above-mentioned frame rate – boom – while Microsoft will provide an additional 97 games due to its FPS – uplift program, it says.