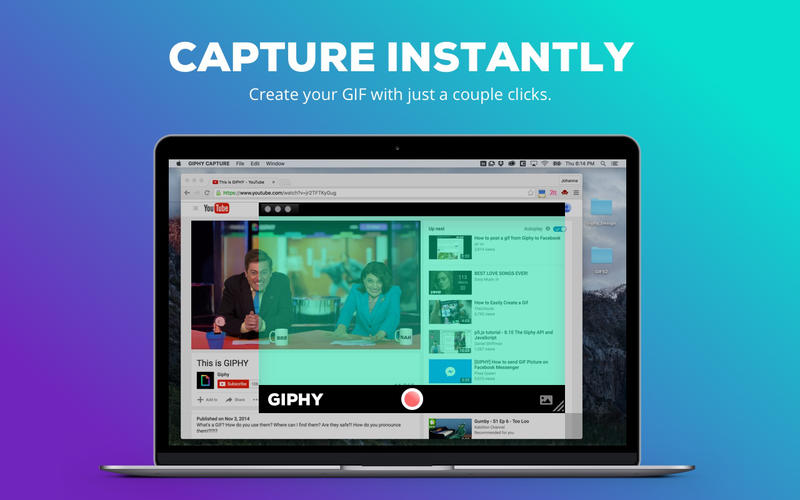 9 April, 2016, USA: Giphy has developed a new Mac tool called ‘Giphy Capture’ which enables the user to capture HD GIFs from any app on his desktop. It allows the user to record anything on their Mac system and then it transforms the data into an HD GIF.

User needs to simply fire up the app, drag the resizable window over the area that he wants to cover (say, a video player) and then start recording. It also equips the user with other options such as cropping the GIF, adding caption to it and emailing it or sharing it on Whatsapp.

If capture seems familiar, it’s probably because it’s a revamped version of the popular GIFGrabber. Giphy has had the app’s co-founder on its team for a while now, and the company already has a similar web-based tool for making GIFs. Last month, the company launched a web app to let the user add stickers and text to GIFs. It also announced the formation of an animation studio to create original content that will likely end up becoming memes to pepper your online conversations with, reports The Next Web.

No Need To Carry Cash In 2020 Tokyo Olympics