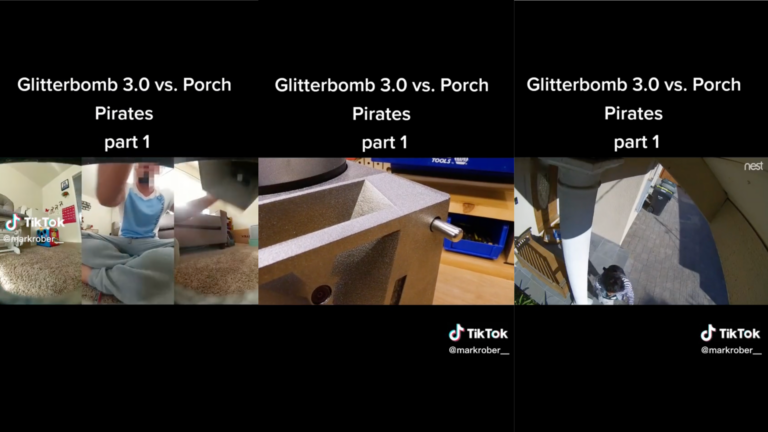 Glitterbomb 3.0 vs. Porch Pirates: Who wins? Let’s have a look!

Packages being stolen from porches are quite common in the US. In fact, it’s estimated that around 2 million packages are stolen annually from the doorsteps of homes. So, Mark Rober, a well-known Tiktoker and Youtuber, took it to his hand to mock these thieves when his package was also stolen from the porch. For the same, he built the Glitterbomb 3.0 for these porch pirates. 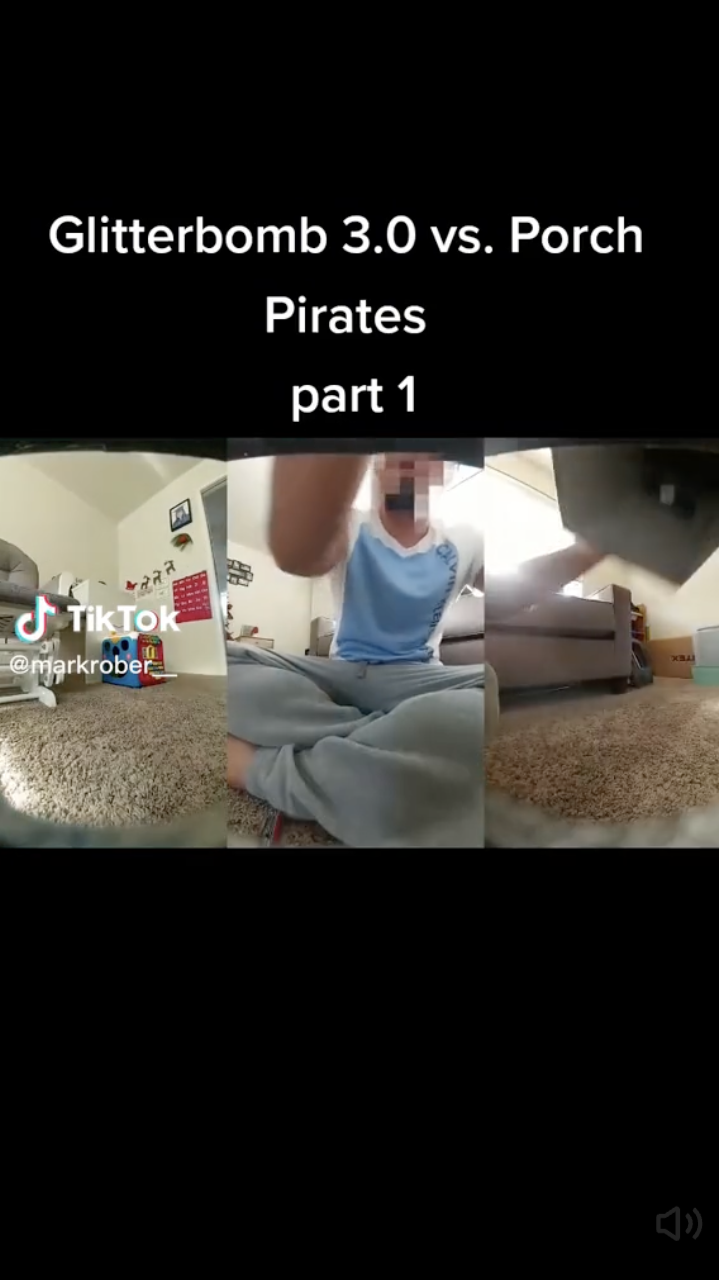 Mark starts off the video by saying, “This guy stole my packets from the porch, and he’s about to open it in his house.”

However, he doesn’t know that this is the third generation of a new and improved custom-built bait package that’s recording them on four different phones and just released a pound of the world’s finest glitter along with some other nasty surprises. 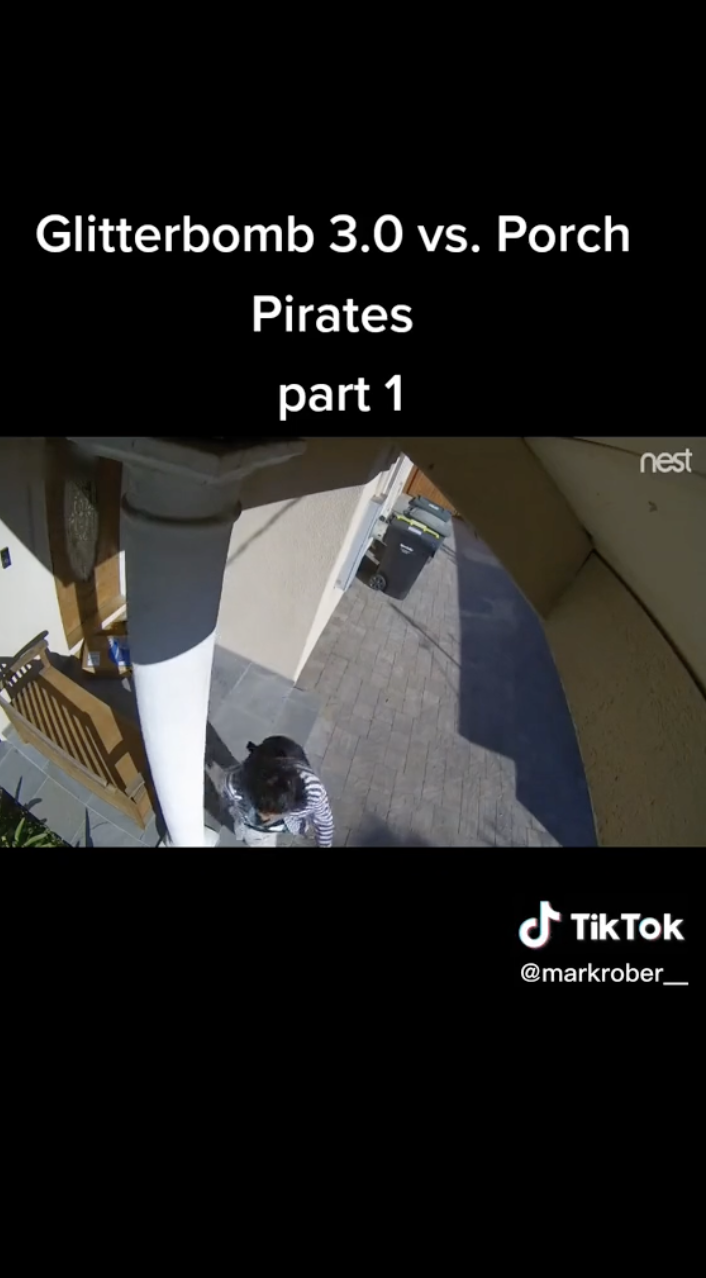 Then Mark says, “But to understand how we got here. First, I have to go back in time a bit because that’s when this couple stole a package from my porch, and even with the video footage, the police wouldn’t do anything.”

So, he vowed to use his engineering skills to go full home alone on these punks, to avenge his package and as a tribute to the 2 million packages stolen across America every year.

This is also not the first time he is doing this. As you can guess, this is his 3rd iteration of the bomb, and it’s the 3rd year he has been doing this during December. That’s because it has become a Christmas-time tradition for him.

Mark wants to encourage future would-be porch pirates to choose a different profession in just the most fabulous way possible.

He then talks about the fabulous upgrades of the Glitterbomb 3.0. It took them almost a year to make these changes to this new model.

They have updated the outer casing for a more cyber truck aesthetic. The new iteration also has an intentional handle in the hopes that the package thief will grab it.

The handle is stuck with glue, one of the strongest ones, which is going to be really difficult to remove. This is the same glue used for rodent traps, says, Mark. 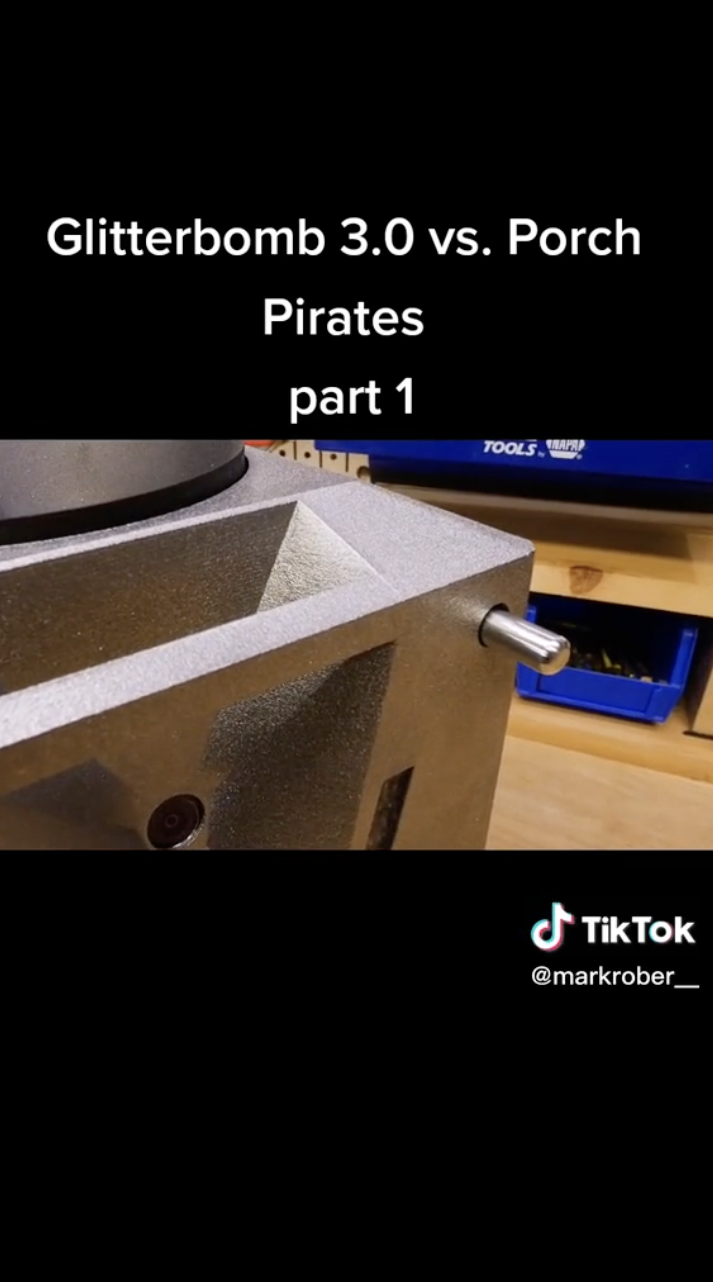 There are also two protruding rods which are among the most critical improvement from last year, but Mark didn’t reveal their use in this video.

Mark then says, “Under the hood, we made quite a few changes as well. The fundamentals are still the same. You have a battery-powered Arduino-based microcontroller on a custom-printed circuit board that gives instructions to these four phones, allowing us to record the thief, no matter which side they open it from. “

There is also a SIM card built into the box, so the phones can be fully controlled anytime, such as remotely triggering sounds to be played on command.

He then says, “You’ll see why that matters in just a bit. And this year, you’ll see not one, not two, but four canisters of fart spray.”

However, we didn’t get the reveal and that will be in the upcoming videos.

What are your thoughts on the fabulous Glitterbomb 3.0? Let us know in the comments below. And, if you found our content informative, share it with your family and friends.

Also Read: “We have one blood”: Kind woman helps out a stranger and gets surprised!