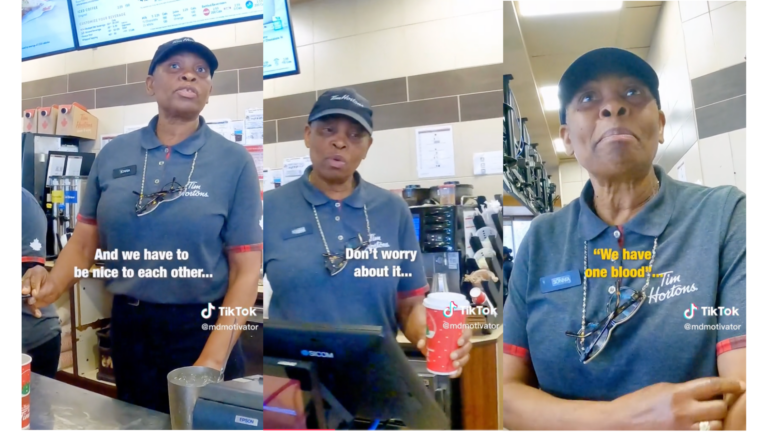 “We have one blood”: Kind woman helps out a stranger and gets surprised!

It is often said that what goes around comes around or that your karma always gets back to you. If you do good deeds, you will find happiness and vice versa. But the length of this cycle is unknown. You never know when that one good thing you did will help you in life, but sometimes it’s instant, just like in this video. We can see how this kind woman helps out a stranger and is surprised by him.

In the video, the stranger walks into a coffee shop and asks this woman at the counter if he can get a piece of bread because he is hungry and has forgotten his wallet at home.

But the woman was so kind she asked him, “You just want something to eat?” and even offered him a cup of coffee by paying for it.

The stranger was actually surprised at first and even asked her multiple times if she was sure. So he asked her, “Why are you doing that?” 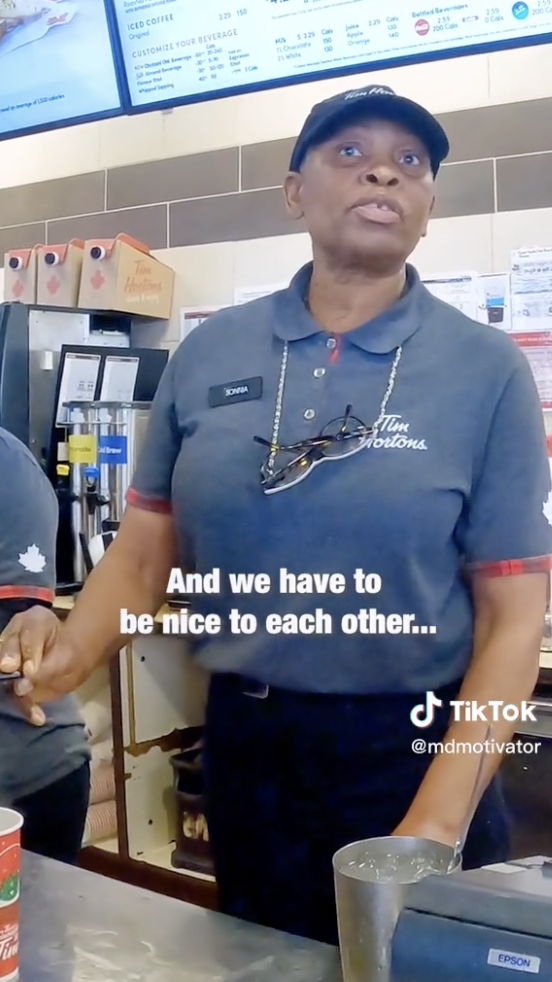 She replied, “We are human, and we have to be nice to each other. Never know when I might see you on the road, and you might be of help to me.”

The guy then introduces himself. His name is Zachery, and the lady at the counter says that she is Sonnia.

After that, she brings his coffee, and the guy again confirms that she is sure.

Sonnia replies, “Yes, I will pay for it. Don’t worry about it. I am very sure. If I wasn’t sure, I wouldn’t do it. We have to be kind to each other. It’s okay.”

After the stranger thanks her, she says, “Nice meeting you, young man.”

She also tells him to do something nice for someone every day and says it’s called “Pay it forward”. 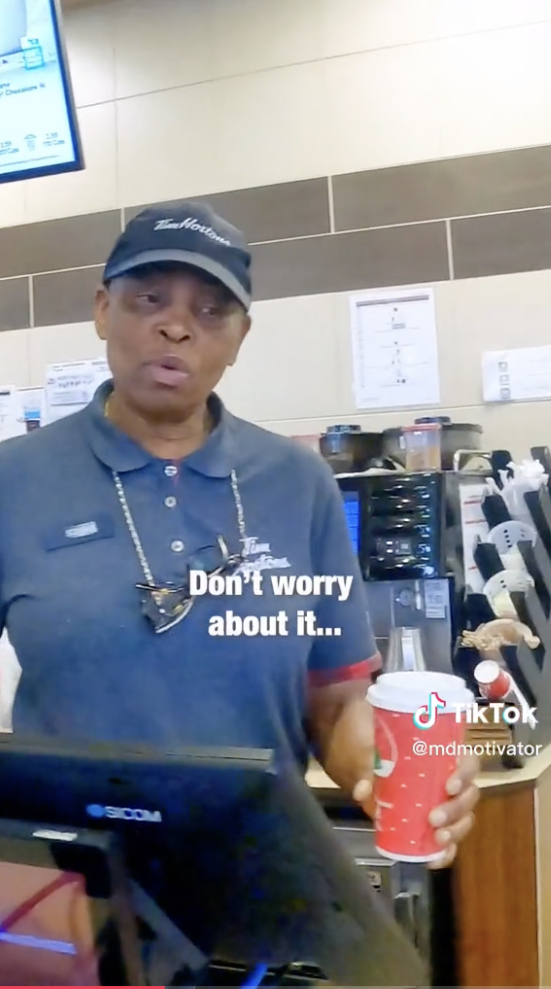 But Zachery reveals that he had the wallet on him the whole time and Sonnia is a little surprised. He also says the has $1000 on him right now.

Sonnia says, “This guy is something else.”

Then Zachery says it is for her, and he wants to pay it forward to her. She was surprised and asks, “Are you freaking serious?”

He then asks her what’s her message to the world. She says, “We were brought up to be kind, not to be hateful. My mother always said we have one blood, and there’s no black and white blood.”

What are your thoughts on this kind woman who helps out a stranger and gets surprised? Let us know in the comments below. And, if you found our content informative, share it with your family and friends.

Also Read: Mother saves her kid from a racoon showing what it means to be selfless.