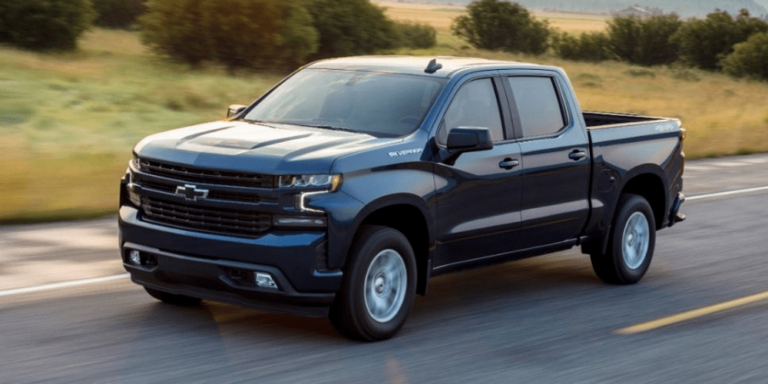 General Motor secures more than 110,000 new all-electric Chevrolet Silverado, which includes more than 240 fleet operators. Chair and CEO of GM Mary Barra announced the numbers during the company’s full-year and fourth-quarter earnings letter. The reservations come after a few weeks of the RST First Edition variant being sold out within 12 minutes. The demand for electric trucks keeps increasing in the US.

General Motors’ rival Ford recently announced a few weeks back that they are focused on doubling production capacity. The announcement comes as the upcoming electric truck F-150 Lightning is to be launched into the market by mid-2023. Now, as GM announces its Silverado reservations, the demand seems to be increasing. It does seem to have pleased investors but wasn’t enough to keep GM’s stock price from initially falling after the market closed Tuesday.

The automaker reported that it earned $1.74 billion, or $1.16 a share, in the fourth quarter, compared to $2.85 billion, or $1.93 a share, in the same quarter last year. The company also reported that it generated $33.6 billion in the fourth quarter, slightly under the $34 billion that analysts had expected and 10.4% lower than the $37.5 billion in sales from the same year-ago period. The company expects that in 2022 and 2023 the key ramp-up will be in the electric vehicle segment.

The EV Silverado truck was unveiled last year in April. It is said to have a range of 400 miles and is expected to start at $39,900 for the basic work truck (WT) edition. Meanwhile, a fully loaded RST First Edition will cost around $105,000. Both the vehicles will hit production lines in 2023. The work truck will be slightly less powerful, with 510 horsepower and 615 lb-ft of torque compared to the RST’s 664 HP and 780 lb-ft of torque. The WT will also feature a towing capacity of 8,000 pounds, down from RST’s 10,000 pounds.

Furthermore, the RST Edition will have technological advancements comparatively with a 17-inch LCD screen in the center of the vehicle and an 11-inch screen at the front. Both Ford F-150 Lightning and Silverado EV are to be competitors. It is also about who will launch the vehicle first. Recently GMC Hummer and Rivian R1T were launched into the market. While customers were looking out for Rivian R1T deliveries, the production issues like the semiconductor shortage seem to be affecting the delivery time. Despite the reservation numbers, some state that the launch time of the vehicle might affect the sales eventually.