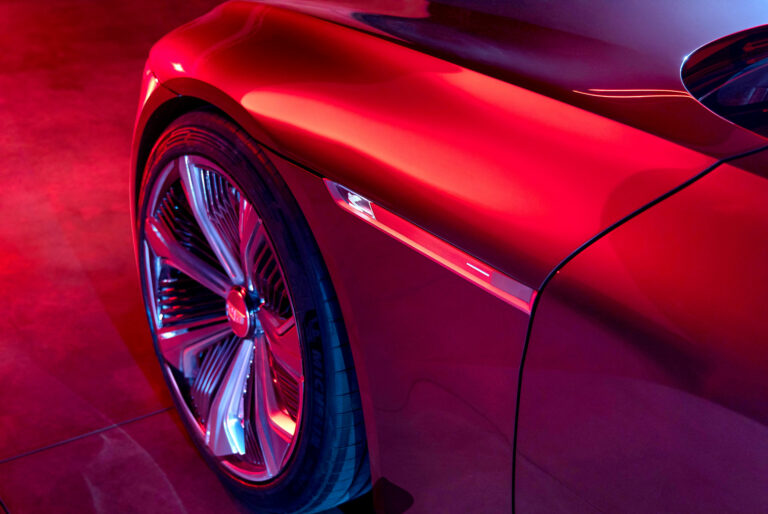 GM announces its Cadillac Celestiq details, saying it will be an ultra-luxury low-volume production vehicle. The flagship vehicle will be hand-built and 3D printed. Being on the higher end of the market, it will be competing in the “ultra-luxury space”.

General Motors has started producing Cadilac Lyriq. It is the company’s second electric vehicle on the new Ulitum electric platform and the brand’s first all-electric vehicle. The automaker plans to electrify the lineup with its Cadillac brand. The Lyriq model is yet to start deliveries. However, the Celestiq is the most talked about the model from GM recently.

It was already known last year that the Celestiq is going to be a flagship vehicle. However, the low production volume and- a very high-end vehicle was possibly not expected.  GM announced an $81 million investment into building the Cadillac Celextiq at its Global Technical Center in Warren, Michigan. “Today, General Motors announced it will invest more than $81 million into the company’s Global Technical Center in Warren, Michigan, to prepare the campus to build the Cadillac CELESTIQ. The investment will be used to purchase and install related equipment to hand-build the CELESTIQ and campus renovation work has already begun.”

In the announcement, Mark Reuss, President of GM said, “As Cadillac’s future flagship sedan, CELESTIQ signifies a new, resurgent era for the brand.  Each one will be hand-built by an amazing team of craftspeople on our historic Technical Center campus, and today’s investment announcement emphasizes our commitment to delivering a world-class Cadillac with nothing but the best in craftsmanship, design, engineering, and technology.”

“CELESTIQ is driving innovation across GM’s supplier community with what’s expected to be the highest volume of 3D printed components — more than 100 — of any GM production vehicle. This will include both structural and cosmetic parts, and both polymer and metal pieces. Additionally, the CELESTIQ production facility itself will leverage additive manufacturing for tooling, fixtures, and gauges in the assembly process.

Information about the Celestiq is not precise for now, but that’s going to be revealed soon. GM has already been teasing the electric vehicle – revealing that it will have a smart glass roof and releasing some teaser images last week. The automaker said on Thursday that it will keep releasing teasers over the next month ahead of the show car debut in late July. It will also sport many high-tech features. The Celestiq’s roof is expected to be one of the first to feature a four-quadrant, suspended-particle-device smart glass enabling each passenger to set their own level of roof transparency.