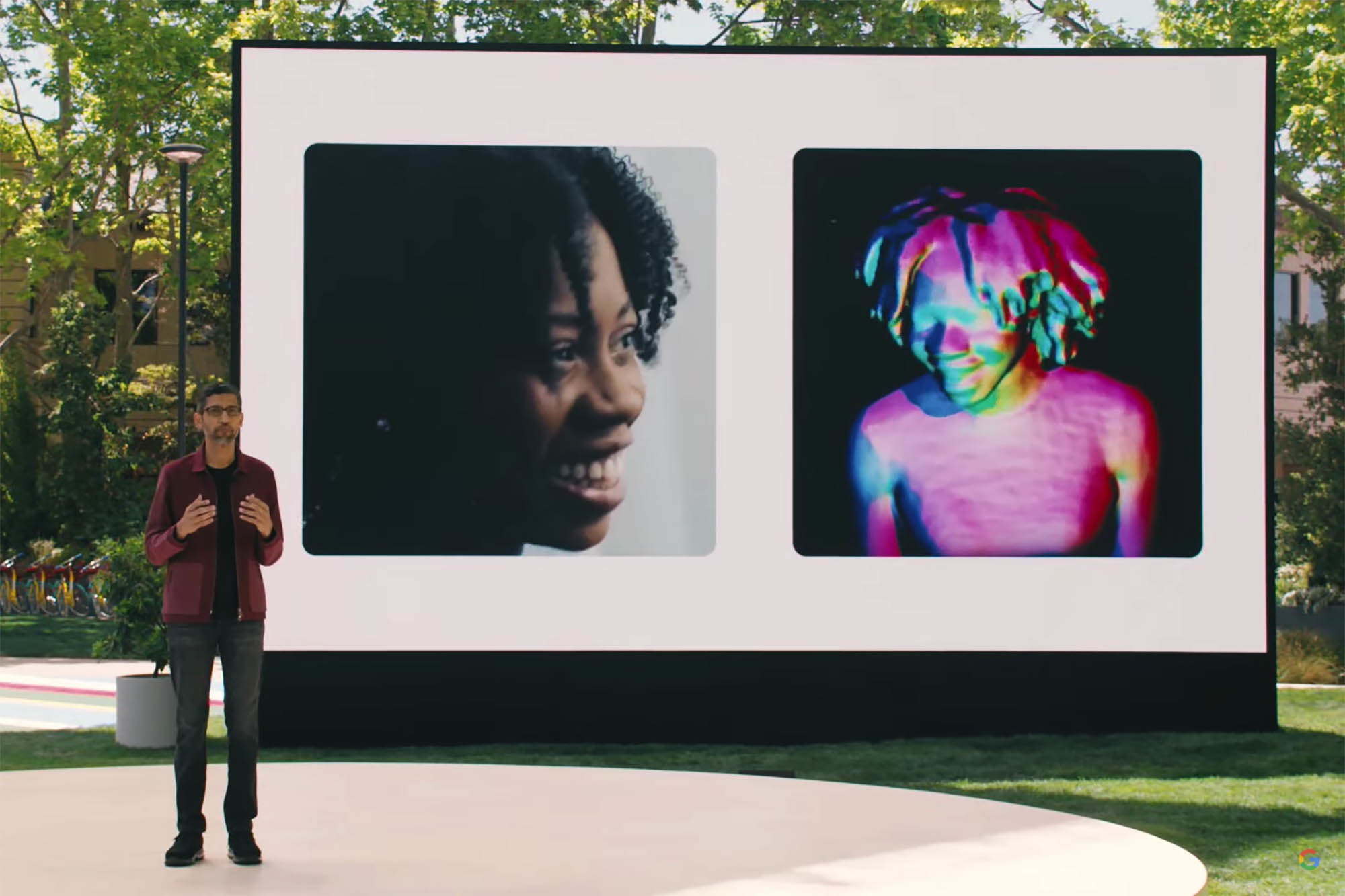 Google announced at its I/O developer’s event that it is working on a next-generation 3D video chat booth that could make people video calling each other feel as if they are both present in the same room. Google is calling this Project Starline and it is meant to revolutionise video calls forever. But there are some major insights that make it non-commercial at this point.

Project Starline is video chatting of the future and it seems really fancy at this point of its development, as previewed by Google at its event. Users can see different angles of each other, moving around and also making eye contact with each other and mind you, all in 3D. According to the company’s preview at the I/O event, the system uses multiple sensors and cameras to fully capture a person’s appearance including shape, size etc. from different angles and perspective to give an accurate 3D. The AI system then stitches together these fragmented pieces of data into a final 3D model that is broadcast in real-time between two users video calling each other, according to a report by Engadget.

Seems fancy, doesn’t it? Well, the technology and the entire system used in Project Starlight is dependent on customised hardware technology accustom-built booth if you may call it that makes this type of 3D video calling possible. It is a major breakthrough if everyone buys and keeps this booth at their homes and offices for a spectacular video calling experience but we all know that this is not going to happen, Project Starline is not scalable at this point of its development.

During the live demo at the Google I/O event, the subject described the experience saying, “as if she was right in front of me” and it pretty much sums up the experience. One might as well go ahead and say, “Welcome to the Future!” But it is a long shot till then.

The custom-built hardware requires multiple depth sensors to create a perfect 3D with a proper light field technology to support the applications of Project Starlight.

Google mentions in a statement that the technology is available only in a few of Google’s offices but they are looking forward to scaling up the project. The company further mentions that it is looking forward to getting a review from the healthcare and media industries on project Starline.

Anyway, the preview and live demo shows that the company is at least working towards the future of technology and if you don’t already know, Google is also planning to build its first commercial quantum computer by 2029.