Google buried Location Settings, so you won’t turn it off

Google has been receiving major flak over collecting significant amounts of data from its users, especially information about their location. So much so that many activists and even regulatory agencies, have called for it to make its Location Settings more transparent.

This has seemingly resulted in the tech giant being quite desperate, recently. The company has reportedly buried its Location Settings tab much deeper into android phones than it originally was, so that users won’t be able to find and turn them off.

The information was revealed through court documents in the trial for a consumer fraud lawsuit which was filed against Google by Mark Brnovich, an Attorney from Arizona.

It is said that the company took the decision in light of more and more users opting out of location tracking, by disabling the settings. Citing it as a “problem”, Google put pressure on Android phone makers to bury the settings. 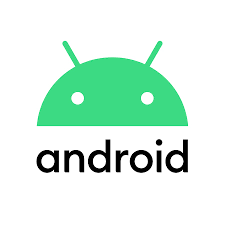 As per an interacted passage from the suit, at the heart of this move lied Google’s intention to decrease the visibility of Location Settings, driven by its research which suggested a direct correlation between the prominence of the settings, and users’ tendency to disable location tracking.

The suit also claimed that South Korean electronic giant LG was among the companies that were forced to suppress the settings by Google. Now, the Location Settings tab is located on the second page of the Settings menu on LG phones, which is not very often viewed by users.

In case you’re confused, the lawsuit was filed in response to a research by the Associated Press in 2018, which alleged Google of continuing to track users’ location, even if they turned their Location History, off. However, otal data tracking could be turned off by switching another tab, known as Web and Apps Activity, off, says Associated Press.