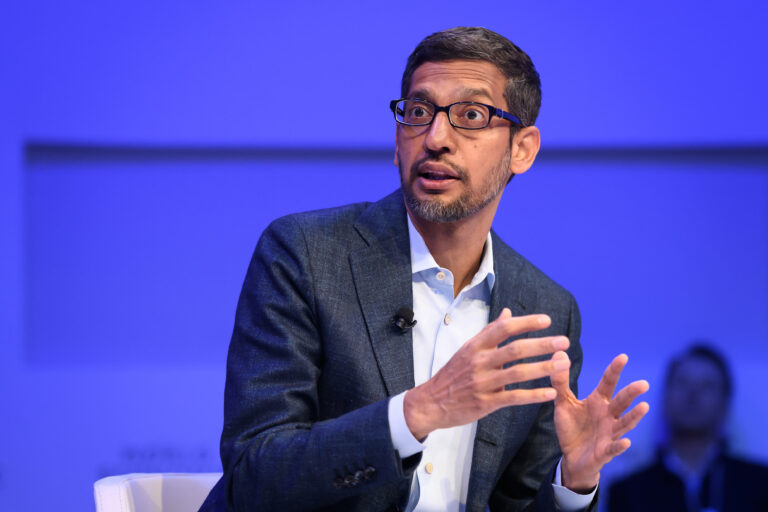 Employees at Google are urging bosses to reinstate a part of the company’s culture that made it a desirable place to work in the past: candour.

CEO Sundar Pichai read aloud one of the most popular questions from employees at a year-end all-hands meeting held digitally earlier this month, based on the company’s internal system called Dory, which lets employees to post questions and upvote the ones they want addressed.

“It seems like responses to Dory have gotten increasingly more lawyer-like with canned phrases or platitudes, which seem to ignore the questions being ask,” Pichai said, reading the post from Dory. “Are we planning on bringing candor, honesty, humility and frankness back to Dory answers or continuing down a bureaucratic path?”

Pichai began his lengthy response by saying, “I understand the sentiment behind the question.” He then added, “I think there are many reasons for some of this.”

For the past several years, Google’s cultural transformation has been a hot issue, as the firm that once uprooted Silicon Valley conventions with an open and joyous working environment and unfettered talks grapples with the realities of being one of the world’s largest corporations.

Google management then retaliated against internal debates by firing those employees who were critical of business policy and participated in mobilising fellow disgruntled employees. In 2019, employees told CNBC that the organisation was “unrecognisable.”

Pichai addressed the difficulties of communicating with a global workforce during a pandemic in his recent response at the meeting.

“We are obviously communicating at scale now — to over 150,000 people and particularly through the pandemic, doing it all remotely,” Pichai said. “I’ve noticed more people reading off screens during the pandemic and so I think some of it contributes to answers feeling canned.”

Google, like most organisations, is grappling with how to stay in touch with employees who have been forced to work remotely for the most part since March 2020.

Google has been more aggressive than the rest of the tech industry in its plans to reopen physical offices in the new year, however it has lately pushed back its return date due to an increase in omicron-related infections.

The all-hands TGIF meetings at Google, in which Pichai and other management address Dory’s concerns, have also changed substantially. They’re now all being broadcast on video.

TGIFs was founded by Larry Page and Sergey Brin in 1999 at Google’s Mountain View, California, campus as a place for employees to express their frustrations and freely address matters with management. This became a selling point for talent and a model for many subsequent tech start-ups.

Pichai indicated in 2019 that he will be replacing weekly TGIF meetings with monthly gatherings and smaller town halls to discuss workplace issues.

Virtual meetings, according to Pichai, bring a whole new layer of complexity.

“Trust and candour have to go both ways,” Pichai continued, alluding to employee leaks to individuals outside the organisation.

“You have to work really hard to maintain it at scale,” he said.

Pichai stated that the organisation has sought to structure around smaller groups during the last two years, which he believes is better for honest communication.

“I think it’s been super important to invest in smaller forums,” he said.

He ended his response by expressing gratitude for the concern and describing it as “good feedback.”

“I’m glad you asked the question,” Pichai said. “I would encourage all speakers to speak and say what’s on their mind.” He added, “Let’s all try to do better there.”