Google Chromebooks will have to say goodbye to Microsoft Office 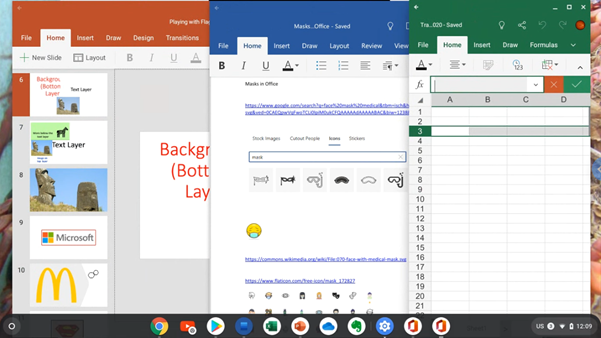 Microsoft Office is the default workspace for majorly every individual. Got to type something, make a project, write research, cover news, write articles, make a list, and XYZ anything, you would use Microsoft Word or Microsoft Excel for it. The bundle Microsoft Office is a necessity, more than an option, and users can either download the software from Microsoft’s website or download individual apps on their smartphones or iPad, or PCs. Microsoft is known for developing Windows Operating System but more than that, its Microsoft Office suite is regarded, even across Apple products and Google’s Chromebook.

Having said that, we might have to cancel out the last one from the list because according to recent reports, Microsoft is killing its Office apps on Google Chromebooks. Yes, you read that right!

If you are a Chromebook user and use Microsoft Word or Microsoft Excel or any other Office application in your workflow, you might have to switch to an alternative workspace like Google’s G Suite or you can also buy a Windows laptop/MacBook instead.

As mentioned in a report by Engadget and as noted by About Chromebooks, Microsoft has confirmed to bid Office on Chrome OS goodbye. The app will leave Google Play Store on 18th September 2021 beyond which users will have to bear with a downgraded Microsoft Office experience through a web app.

For your information, if you are planning to be okay with the Microsoft Office web app, let me tell you that it is an inferior experience when compared to Microsoft Office application and also, web apps have no offline access whatsoever, so everything will require an internet connection.

We agree that there is no logical explanation as to why Microsoft would take such a step, except for the amount of effort that it takes to optimize Microsoft Office apps for Chrome OS. Having said that, this productivity void left by Microsoft will be filled by Google’s G suite which will be the best alternative to Microsoft Office apps. Google Chromebook users must run Google G Suite to have that superior experience once again after September 18th.

Anyhow, for those of you who are confused, let me make it clear that Microsoft is only killing Microsoft Office apps on Chrome OS and not on Android OS. Users having an Android smartphone will still be able to enjoy Microsoft Office on their devices. Only Chrome OS users need to worry about their workflow and try out Google G Suite.