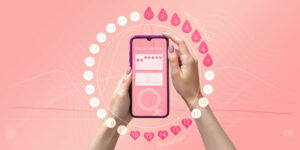 The tech giant Google is blocking a technicality that has permitted a number of firms to audit and put delicate private information on sale using Android cellphones. This step has been initiated by privacy activists as a result of overturning Roe v. Wade by the highest court of justice of the United States.

Furthermore, on July 01 the tech giant took another measure to restrict the danger that smartphone information could be worked with to police the recent ruling prohibiting abortions. The company declared that it would eliminate the location history on smartphones that have been around a delicate hospital area like an abortion center, on its own.

This step by the search engine firm comes in an atmosphere of advancing concerns that smartphone applications will be used by the government officials of the United States to keep an eye on people after the latest judgment prohibiting abortions was approved in the nation.

The tech firms have accumulated data and put it for sale in the open market in the past. This data comprised the pieces of information from some mobile applications being used by the people such as period tracking apps.

Since last week, privacy analysts and lawyers have been asking the female residents of the country to uninstall period tracking applications from their smartphones as a precautionary measure for not getting located or punished for thinking about abortion.

The tech giant announced last year in March that it has come up with a plan to limit access for allowing mobile applications other than the utility apps to overview what other applications have been downloaded on a particular smartphone. Concerning this comment, Google said that accumulating the information of the users and putting it for sale online or using it for research or advertisements by any app has never been permitted on Google Play.

However, a self-employed cyber security analyst who has been researching Google’s loophole for 2 years said that Although the data brokers have been prohibited under the policies of the company from using the information of any end-user, Google neglected to set up any security in the app permission procedure to control this act that makes it easy for anyone to buy any information available on the internet.

The tech giant has cautioned the app developers that any kind of fraudulent and indescribable operations of the app permissions might end up putting the application freeze or eliminating the developer account.