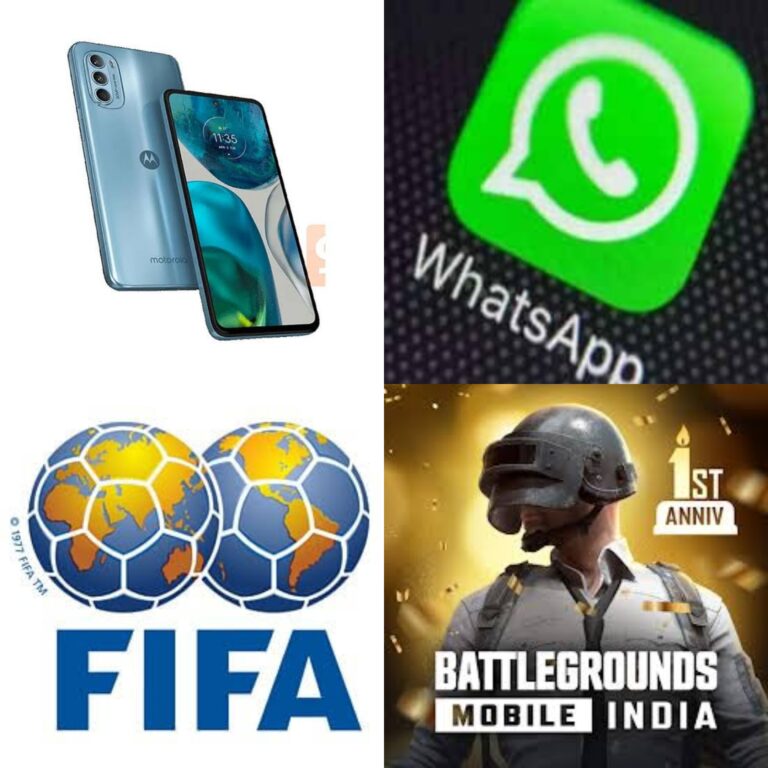 Motorola announced Monday that Moto G42 would be launched in India on July 11 at a price tag of Rs 13,999. Moto G42 powered by  Qualcomm Snapdragon 680 chipset would be available as a single variant with 4 GB RAM and 64 GB internal memory. The smartphone comes with a 6.4-inch AMOLED hole-punch display and a 5,000mAh battery that supports 20W “Turbo Power” charging.

A triple Rear Camera setup coupled with “Quad Pixel” technology will ensure a smoother photography experience, as sharp and vibrant images can be clicked even during lowlight stations.

WhatsApp is developing and testing a new feature in which users can hide their online status for selected contacts. Various screenshots suggest that the feature is now available to some users in beta form and will be available for everyone soon through an update.

FIFA is going to use Semi-Automated Offside Technology (SOAT) for the Qatar 2022 world cup. Twelve cameras inside the roof of the stadium will track the ball and players at the same time. Cameras on the roof along with a motion sensor placed inside the official match ball would be able to provide enough data regarding the posting of all players when the ball got kicked.

This data is then processed by artificial intelligence within a few seconds to find out whether any player is offside on the pitch. Once an offside situation is detected by the system, it sends an automated message to video match officials regarding the same.

According to the company, The Qilin is 50% more efficient than batteries used by Tesla cars and can charge from 10% to 80% in just 10 minutes. The company claims, Qilin to be the most durable, safe, and efficient EV battery in the world.

As part of the first anniversary of the launch of Battlegrounds Mobile India (BGMI) in India and crossing 100 million registered users, fans are excitedly waiting for the version 2.1 update of BGMI.

The update which is expected to be publicly released on July 15th 2022, will have a first-anniversary special event, ancient temple mode 2.0 and many other new accessories such as firearms, mini maps, throwable blue zone grenade etc. The new update is also expected to have changes in control buttons, new UI, cheer park, secret cave in livik and new shopping and game centre.