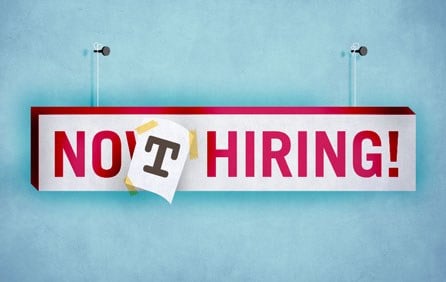 According to various reports, American multinational technology giant Google LLC has announced that they would be passing hiring new talents for nearly 2 weeks.

Few days ago on July 13th chief executive officer of Alphabet Inc, Sundar Pichai had emailed all the employees in the company stating that it would be slowing down hiring. The email said it was part of a decision to make modifications in the focus areas of hiring. Alphabet Inc is parent company of Google LLC.

He said that the IT giant would be recruiting new talents by focusing more on sector such as engineering, technical, and similar critical rules.

According to report by Tech Crunch, senior Vice President of Google, Prabhakar Raghavan wrote in an email to the workers in the company that the IT company would utilise this 2-week period to review the headcount needs of the company. The new policy for hiring would align with a new set of priorities for staffing requests for the upcoming three months.

Google added 10000 employees in the second quarter of the current financial year.

Since the beginning of the pandemic, various economic situations and changing working style has forced business entities, mainly in information technology sector, to rethink about their hiring strategies.

While the majority of the companies decided to pause hiring for recalculating priorities, some companies chose to lay off employees in order to get over the economic challenges.

An example of such a scenario is when the online streaming service, Netflix, decided to lay off nearly 300 employees in the month of June. This was nearly 4% of its entire workforce. In the month of May 2022, Netflix fired 150 employees. The streaming company has been facing a crisis situation for the last few months as the number of subscribers on the platform declined immensely.

With work from home being a new trend and increasing changes in the priorities of both employees and employers, the current hiring freeze is expected to give companies more time to analyse staffing policies.

Tesla Motors, owned by Elon Musk, a few weeks ago cancelled its hiring events in China after CEO Elon Musk made a statement regarding how the company was planning to lay off 10% of its employees.

Since a majority of top-level tech companies have decided to stop hiring for a while, there are concerns in the technology sector regarding future employment opportunities and job safety of current employees.