Google Arts and Culture, and Yugambeh Museum based in Queensland have pooled their efforts and resources for the development of a digital language tool called Woolaroo. This open-source, artificial intelligence-based tool is built with the primary aim of teaching and preserving endangered languages. 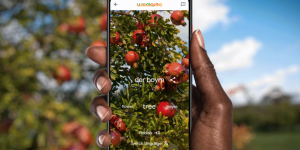 As we progress towards the future through a rapidly moving present, the need for preserving snippets of the past begins to gain importance. And as humans, it is our second nature to be intrigued by the mysteries of history.

Both Google Translate and Cloud Vision were used in the development of Woolaroo. The tool effectively facilitates the translation of photos of objects into indigenous languages. This is done with the help of machine learning and image recognition. In the case of multiple images in the photo, users also have the option to scroll through and choose a suitable translation. An added advantage of the tool is that it allows individuals and communities to add new words and audio recordings in order to enhance pronunciation.

According to Rory O’Connor, CEO of Yugambeh Museum,

“Given the importance of Aboriginal language to Australian culture, we have the incentive to record the known but in particular new words our community members are using as the world evolves bringing us new technology we didn’t have before.”

Woolaroo supports languages like Yugambeh which is an Aboriginal language is spoken around Queensland and South Wales, Louisiana Creole, Calabrian Greek, Maori, Nawat, Tamazight, Sicilian, Yang Zhuang, Rapa Nui, and Yiddish. The following languages can be easily translated into French, Spanish, or English.

Google had already hinted about a new addition to the Google Translate App, earlier this year.

The new tool will be of substantial help in keeping the cultural richness and historical significance of these languages alive, rather than being lost among the pages of the past.