The Wall Street Journal reports that Google has invested $1 billion in CME Group because CME moves its key trading system to Google Cloud.

In December 2017, CME and CBOE were the first platforms to offer Bitcoin futures. Daily, the business sees trillions of dollars pass through its platform. The relationship has the potential to bring CME closer to potential clients, streamline operations, and develop trading tools based on Google technology, such as AI-based software that monitors market risks. 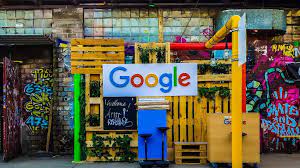 Meanwhile, Google Cloud is the fourth-largest cloud service provider. According to Gartner Inc. data, it received 6.1 percent of revenues in cloud infrastructure around the world in 2020. Amazon, with a 40 percent market share in 2020, is at the top of the list, followed by Microsoft and Alibaba Group.

CME’s non-voting convertible preferred shares were the focus of Google Cloud’s $1 billion investment. The investment, according to Google Cloud CEO Thomas Kurian, demonstrates Google’s ambition to support not just one firm, but the transformation of the entire global financial system.

By 2022, CME plans to move its infrastructure to Google Cloud. It will start with its core trading systems and then go on to data and settlement services.

The CME Group has recently focused on providing cryptocurrency-related financial services. Micro Bitcoin and Ether futures have been added to the company’s crypto offerings as demand for the second-largest digital asset by market capitalization continues to climb.

Micro Bitcoin futures, for example, debuted in May and have since traded over 2.7 million contracts, according to MSN News, which cited the CME Group. The CME Group’s new series of non-voting convertible preferred stock will be the recipient of Google’s $1 billion equity investment.

According to the Wall Street Journal, Thomas Kurian, CEO of Google Cloud, said while commenting on the deal, “CME Group has a century-long track record of enabling investors to access new markets and is known for financial market innovation.” This agreement will “accelerate technical innovation in capital markets infrastructure,” he added.

All CME markets will eventually be moved to Google Cloud, according to CME CEO Terrence Duffy, who described the partnership with the cloud giant as “a marriage made in heaven.”