Google is testing detection of heart, eye issues from smartphone sensors The search giant is in the testing process of detecting health related issues through its sensors, 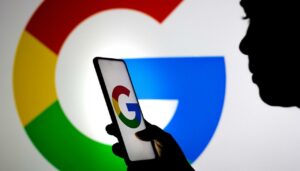 On Thursday, March 24, Google made an announcement stating its latest plans. These new plans entail the use of smartphones for the purpose of health monitoring. The search giant specified that they would test if taking images of eyeball and catching heart sounds can aid in identification of health issues for people at home.

Alphabet’s Google is carrying out the test to determine if the built-in microphone in a smartphone can detect certain sounds. These specifically refer to the detection of heartbeats and murmurs when positioned over one’s chest. The head of health at the company, Al Greg Corrado revealed the details of the investigation to reporters. He added that these readings could possible allow early detection of heart valve disorders. Alongside, Corrad0 mentioned how the focus of this is not at the diagnosis level, but at the “level of knowing” if there is a heightened risk. However, they are still yet to determine the questions surrounding accuracy.

The focus of the eye research is mainly on the detection of diseases. For example, diseases connected to diabetes, which they plan to detect from the photographs. Moreover, Google specified that it had given “early promising results,” with the use of tabletop cameras in clinics. Now, they are planning inspect if photographs from smartphone can work in this context as well.

Corrado said his team saw “a future where people, with the help of their doctors, can better understand and make decisions about health conditions from their own home.”

Among other plans, Google is planning to examine whether their artificial intelligence technology can study ultrasound screenings. Mainly, the screenings taken by technicians who are not as skilled, as far as they follow a specific pattern. The software could look into shortages of workers who are highly skilled, enabling the evaluation of birthing parents from home.

These initiatives come post announcements from 2021 regarding the measurement of breathing and heart rates with the use of smartphone cameras. Such features are currently accessible through numerous devices by means of the Google Fit application.

Though the search giant has wanted to integrate its technical expertise with health care for long, it has hardly commented on whether the initiative is generating prominent revenue. Corrado remarked that these launching capabilities were a big ‘step’ on its own, and the implementation could take a while. He said how taking into account heart or breathing level rates, any “level of adoption” only touches upon the surface.