Google launches Threadit- similar to TikTok but for workspaces 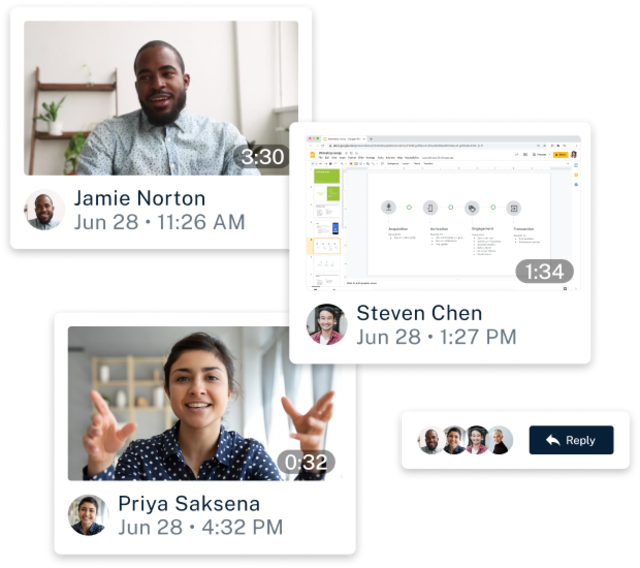 Google is making some incredible advancements on its platforms that have already been very well established and recently, the search engine giant has launched a new video service platform- Threadit.

Threadit is launched both, as a Google Chrome extension and a standalone website, according to multiple reports and it has been developed by Area 120 that is Google’s in-house incubator. The search engine company has tried to launch a TikTok like platform but for work and workspaces with Threadit and people actually have mixed reactions about the same.

Having said that, Threadit allows users to make short clips of themselves or their screen to share with the other co-workers and teammates. Keller Smith, Founder and General Manager at Threatit says that with this service, employees will be able to communicate better by saying a lot more than one can possibly do on an email. Smith further mentioned in the blog post that Threadit will significantly reduce the need to have meetings while still becoming a stronger knit team.

In the opinion of many, this service can actually do a lot more benefit in workspaces than it can do damage. Distractions are one thing but the need to replace formal email communication with video-based short clips that can be stitched together to form a bigger video message will definitely be a better communication tool than an email.

As mentioned in a report by Gadgets Now, it is mentioned that Threadit users who are creating the video clip will have the ability to control if the recipients respond to individual clips by adding their own video to it or just view it at view-only mode which will work like the read-only mode on MS Office applications.

The report further mentions that Threadit comes pre-installed with over 18 templates which are all differently attributed with code review, stand up, pitch, tutorial design, farewell and much more. Each of these templates come with a separate set of instructions which makes it a lot easier for the users to create interactive videos on the platform for their teammates.

As mentioned earlier, Google is trying to replace the formal email correspondence with a much more interactive video-based communication and to keep the correspondence in flow, Google has added the share with a link feature to the platform as well which means that users can forward those clips with a link without the headache of downloading them first to view it and sending it across.

Yes! Google has officially made a TikTok rival for work which may turn out to be very effective and efficient as and when people adopt the service for their daily work communication.