Google has been reported to lower the salaries of its newer workers in some of the offices in North Carolina. This is despite the fact that executives consider this one of the areas that is meant to favour the tech giant. The area works in aiding to improve the workforce in terms of diversity.

The employees happened to raise concerns over Google cutting wages for new employees in North Carolina’s “Triangle” area. The “Triangle” area consists of Chapel Hill, Durham and Raleigh, where some other employees moved to from upper metropolitan areas. This news was confirmed by one of The Washington Post’s internal forum and then confirmed further by employees in the area.

According to the report by the Washington Post, the company is making use of the area as a place to aid them in recruiting more Black engineers. The salary cuts for people in this area causes an issue for the same reason.

Along with salary cuts, Google is also reducing their stock equity grants since the previous month. These grants form a significant part of the total compensation of the tech workers. The workers specified in the letter that how for some employees, this is a major decrease in stock grants. It could prove to be 25% lower than what it would have if they had worked at other offices of Google, like Atlanta. 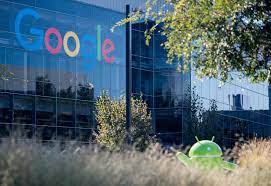 The employees are now demanding the salary cut to be reversed. Along with it, a commitment from their superiors to be more clear about the determination of differentiation in regional salaries. Google made a revenue of $257.6 billion in 2021, which was a 41% increase from the year before that.

The Google Employees wrote in the letter: “Why is this new policy being introduced after our work contributed to a record-breaking performance in the stock market, in spite of Covid-19?”

Google wanted to double down on hiring in vast ranges of locations, partly to increase diversity in the company workforce. This had resulted from the fact that most of Google’s workforce is situated in the expensive location of San Francisco Bay area.

CEO Sundar Pichai, announced on a blog post that they would be expanding to cities like Chicago, Atlanta and Washington D.C. Clearly, this was to aid in increasing the population of Black employees at Google. They had seen an increase of 4.4% from 3.7% in the number of Black employees from 2020.

According to spokeswoman, Shannon Newberry, the adjustments in the salaries on the “triangle” area were made for they had found out their “compensation guidelines to surpass the market pay benchmarks.” The workers in the areas had apparently not seen salary reductions as compared to the local market.

This incident is a classic example of how tech giants in the past couple of years have expanded across the US in search of more labour, which would be relatively cheaper.