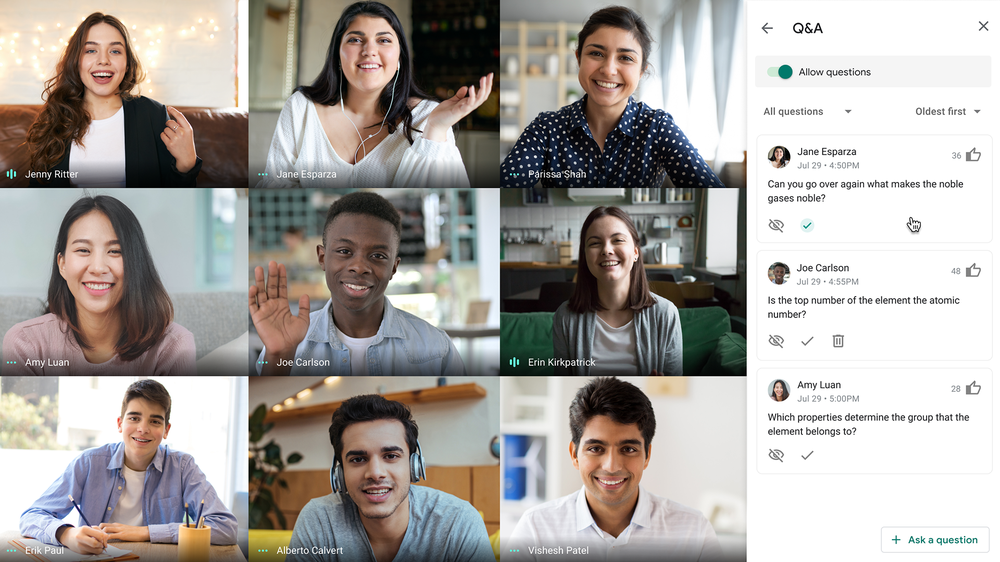 Google, the search engine company has been on its toes for quite some time now as it is launching new updates almost every second day to make its services more efficient and useful for its users. Google Meet is the company’s platform that competes against Zoom, Microsoft Teams, and now, FaceTime as well, and this platform is getting some minor but very useful tweaks for its users.

The primary focus of tweaking this feature is to make the host more aware of who raised the hand. To be honest, it is a minor update but definitely a very useful one, especially for users who regularly attend seminars on Google Meet and for those users who regularly conduct video calls on the platform with office colleagues or team members. For anyone who has ever been a host for a Google Meet video call and there are 50-60-100 people in the room, it is a very difficult task to keep tabs on who raised their hands to talk. The new update from Google fixes this issue and makes it a lot easier for hosts to spot who raises their hands during a call with notification sounds and new animations.

Other than this, as mentioned in a report by The Verge, a user’s hand will automatically be lowered once he/she has taken their turn to speak. Google Meet has also added a new clickable notification icon that shows the number of hands raised and links to a sorted queue of all the participants who have raised their hands.

Google recently announced that it is launching Workspace for all users having a Google account and that it has also enabled the new Rooms and Chat feature for all Google users. The search engine company is working on bigger features later this year that will make all Google apps and services more fluid to be working with each other, enhancing a user’s productivity with Google everything.

Small but significant changes are making Google better and better for everyday personal and workspace use.