US Department of Justice is set to sue Google over ad market. Source: The Edge Markets
Home
Business

The search engine giant Google is compelled to pause the enforcement of a policy that would require app developers to use its exclusive billing system for selling digital goods.

Earlier, Alphabet Inc’s Google had extended the deadline of October 31 for application developers in India to amalgamate applications with the Google Play billing system, which in turn collects a 15%-30% commission on each sale made.

However, last week, the Competition Commission of India (CCI) commanded Google India not to restrict app developers from using other online methods of payment or  bill processing services. The Indian antitrust watchdog also levied a fine of $113 million (₹936.44 crore) on Google India for imposing this restriction. The tech giant was accused of monopolising its market position on Play Store to promote its payment app via an in built payment system.

On Tuesday, Google notified that the requirement to use its exclusive billing system would remain valid in other countries while it would review legal options in India. In the previous, it was reported by Reuters that Google was considering to take up a legal challenge against a specific CCI ruling that called for an amendment in its approach to the Android operating system. The commission has warned Google to cease and rectify such unfair business practices.

Throughout the world, Google and Apple have been heavily criticised for extracting needlessly exorbitant amounts of money from app developers, which collectively sum upto billions of dollars a year. Following complaints, both have minimised fees in many circumstances but have said that charging fees is necessary to ensure safety and security within the mobile ecosystem.

Murugavel Janakiraman, the CEO of BharatMatrimony Group said, “Today’s decision helps protect our revenues. We hope that Google implements this permanently as it’s not good for Indian digital startups- it amounts to digital tax for us.”  The BharatMatrimony Group runs several apps which help people to find their life partners.

Approximately 97% of India’s 600 million smartphones work on Google’s Android mobile operating system. Various Indian app startups have collectively reached out in the past to say that Google’s payment policy harmed their businesses. 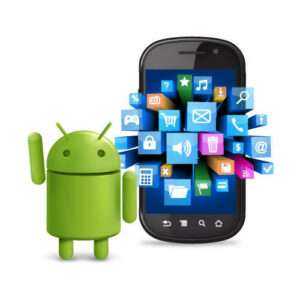 To rectify this grievance, Google has begun allowing other authentic payment options in countries including India on a pilot basis, from which it is charging lower commissions.

As per a tweet shared by the news agency ANI, Google spokesperson said, “We remain committed to our users and developers and are reviewing the decision to evaluate the next steps. Indian developers have benefited from tech, security and consumer protections and unrivalled choice and flexibility that Android and Google Play provide. By keeping costs low, our model powered India’s transformation and expanded access for hundreds of millions of Indians.”