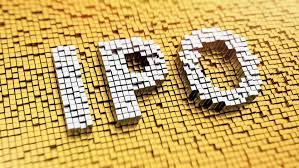 With the start of a new week comes the excitement surrounding a new set of companies looking to make an impact through their public offerings. The IPO market is expected to pick up in the week ahead with four IPOs scheduled to raise $3.7 billion.

An initial public offering, or IPO, is the transitional process of a private company deciding to go public and offer shares to investors on an exchange. Typically, IPOs offer companies the ability to build capital. Before a company becomes publicly listed, it must meet SEC requirements and work with investment banks through audits to determine pricing, offering date, and other important data points before the offering.

The Chicago-based company plans to be taxed as a real estate investment trust and “provide attractive, risk-adjusted returns for stockholders over time,” according to a news release issued Monday.

“Chicago Atlantic intends to achieve this objective by originating, structuring, and investing primarily in first mortgage loans to state-licensed operators in the cannabis industry. It was secured by real estate, equipment, receivables, licenses, or other assets of the borrowers.”

The stock would be sold for $16-$18 per share, and the underwriters would have a 30-day option to purchase additional shares.

According to the prospectus, Chicago Atlantic “(seeks) to target operators and facilities that exhibit relatively lower-risk characteristics. Which we believe include generally limiting exposure to ground-up construction, lending to cannabis operators with operational and/or profitable facilities. Also give diversification of geographies and distribution channels, among other factors.”

Buffett-backed Nu Holdings (NU) plans to raise $2.5 billion at a $41.1 billion market cap. Operating as Nubank, this Brazilian online-only bank was formed in 2013 to launch a no-fees credit card offering with a mobile-first customer experience. But has since expanded to offer various other financial products. Nu has grown rapidly since its inception, with a current base of nearly 50 million customers. Although revenue per customer has been falling as its base grows.

Each NU Holdings (NU) share will be offered in the range of $8 to $9. It could raise the company between $2.3bn to $2.6bn. If the underwriters exercise their over-allotment option to purchase the 28.6 million shares at the top-end of the range. The IPO could raise to $2.8bn. NU Holdings has reduced its IPO range by 22.7% from the previous target of $11 a share. The US Securities and Exchange Commission (SEC) filing on 1 November showed.

Cloud infrastructure platform HashiCorp (HCP) plans to raise $1.1 billion at a $14.0 billion market cap. This VC-backed company provides a suite of solutions that standardize and automate the provisioning, securing, connecting, and running of cloud infrastructure at scale. While it has demonstrated rapid growth and a sticky customer base, HashiCorp is highly unprofitable due to S&M spending.

Cloud software vendor HashiCorp updated its IPO prospectus on Monday, disclosing plans to sell shares at a price that would value the company at up to $13 billion.

HashiCorp, which was last valued in the private market at $5.1 billion in 2020. It is poised to capitalize on a booming IPO market, that’s putting a premium on high-growth software companies, even if they’re racking up losses.

HashiCorp said it plans to sell shares at $68 to $72 each. At the top end of that range, the IPO would value the company at almost $13 billion, based on an outstanding share count of 179 million. The price range could increase before the share sale.

The company will trade on the Nasdaq under the ticker symbol “HCP” after originally stating its plan to list on the New York Stock Exchange.