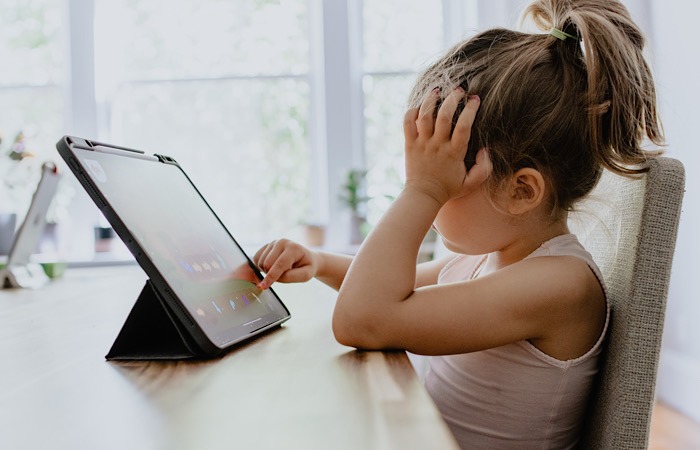 Minors and their parents can now request that photographs of them be removed from Google search results.

In a blog post published Wednesday, the firm announced the launch of a feature that will allow parents and children under the age of 18 to request that photos be removed from the images tab or that thumbnails in search results no longer appear.

Although Google has previously provided options for consumers to request the removal of personal information and photos that fall into categories like “non-consensual explicit” or “financial, medical, and national ID,” it is now expanding this to include kids’ images.

“We know that kids and teens have to navigate some unique challenges online, especially when a picture of them is unexpectedly available on the internet,” the company said in the blog post. “We believe this change will help give young people more control over their digital footprint and where their images can be found on Search.”

Users can now mark URLs of any photos or search results that contain images they want removed using the new form. Google stated its staff will analyse each submission and contact you if more information is needed to confirm the removal requirements.

However, the corporation stressed that this will not completely erase the image off the internet; users will need to contact a website’s owner to request that the information be deleted.

The feature was first revealed in August as part of a larger effort by the firm to protect kids across its platforms.

Other new features at the time were a private default option for all films uploaded by teenagers and a tool called Family Link that allows parents to monitor their children’s accounts.

The initiatives come as Big Tech companies continue to offer additional child safety features in the face of criticism from experts and lawmakers about how different platforms affect young users.

Senators interrogated a Google-owned YouTube executive, as well as executives from Snap and TikTok, earlier this week about the actions the company is doing to protect its young users.

Some experts praised Google’s recent effort to offer children more control over photographs, claiming that removing them might reduce cyberbullying and prevent potentially damaging material or photos from lingering online.

“We’re glad to see Google take this overdue step to give children and teens and their families more control over what images show up in search results,” said David Monahan, campaign manager at Fairplay, a child advocacy group. “We hope Google will go farther to reverse its collection of sensitive data and give families the ability to erase the digital footprint that Google and its partners maintain on every young person in the US.”

Google’s request process, according to Alexandra Hamlet, a clinical psychologist who works with teenagers, might also help parents and their children communicate more freely about regulating their online presence.

This could include debating what should be removed, such as a photo that could jeopardise their future reputation against one that they believe is less than “perfect.”

“While some parents may believe that their teen can handle the removal of various pictures without help, I do suggest that they still have conversations about values and how they tie into image online,” she said. “They could be missing out on a great opportunity to help their teen to build insight and assertiveness skills.”