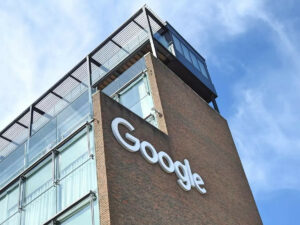 This week, Google is reportedly set to pay $90 million for the settlement of a legal battle with app developers going on for a while. Mainly, this was regarding the search giant’s earning from the creation of application for Android smartphones, along with attracting customers to engage in in-app purchases, stated the court filing.

In the lawsuit filed in a San Francisco federal court, the app developers accused the Alphabet Inc platform of making use of specific agreements with makers of smartphones, agreements related to revenue sharing along with technical barriers. Effectively, this was for the closure of the app ecosystem, deviating most payments by means of the Google Play system with a default service charge of 30%.

In a blog post, the search giant stated that it would keep $90 million in a particular fund as an inclusion of the proposed settlement. Mainly, this was for support towards app developers who earned an annual revenue or $2 million or below from 2016 to 2021. It stated how a significant majority of developers of the country who earned revenue through Google Play would be able to get money from this fund, according to their choice.

“A vast majority of U.S. developers who earned revenue through Google Play will be eligible to receive money from this fund, if they choose,”

Additionally, the search giant how it would start charging developers a commission of 15% on their initial million. This would be in the revenue they earn every year from the Google Play Store. Notably, Google started with this rule last year. Expectantly, the San Francisco court is set to approve of the settlement proposed by the company.

Most likely, there were about 48,000 app developers in number who fall into the eligibility criteria to apply for this $90 million fund. According to Hagen Bermon Sobol Shapiro LLP, representing the plaintiffs, at least a figure of $250 is expected of the payout from the fund. Last year, Apple went on to comply with loosening restrictions on its App Store on small developers in a class action lawsuit, agreeing to pay $100 million.

Reportedly, Congress is under consideration of a legislation in Washington. This would require Alphabet Inc’s Google and Apple Inc to enable sideloading, which is the practice of downloading apps without the use of an app store. The search giant stated it that has already enabled it. Additionally, the legislation would prevent them from requiring that providers of apps necessarily use payment systems of the tech giants.