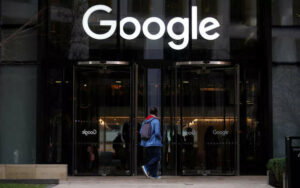 This week, Google reported that they would be ending their voluntary work-from-home period for its employees. They have put forward the plan to have employees in the Bay Area and other US locations to return to the offices. This rule is to be officially put in action from April 4, 2022.

Google’s Vice president of global benefits, John Casey wrote an email to the employees stating that the past two years have been long and hard since most of them started working from their homes. However, the improvements in treatments and prevention, along with a gradual decline in Covid-19 cases shows that online mode of work can be lifted. Casey added that with the advanced safety measure in check at the Bay Area locations, the company can launch the mode of hybrid mode of work. He clarified that work locations at other US sites would start off according to the rules based there.

This comes following the report that said that Google had been easing the pandemic mandates in order to prepare for a return. Then, the company had not finalised a date for the official resumption since it got delayed owing to the Omicron wave. The company now expect most employees to attend office three days a week and two from home, in a hybrid mode.

Casey wrote that the company will be testing new ways of working and will “gather insights, data, and feedback along the way.”

This month, Google plans to aid the workers into transitioning to their changed schedules and target full functionality in the hybrid mode. The concerned benefits team is planning 15-minute virtual drop-in meeting with qualified counsellors to aid with the gradual return of the staff.
Out of 156,500 full-time employees, about 14,000 around the world have moved to a new location of work, to remote work. Casey assured that 85% of the applications submitted for a change in work environment, have been approved. Any employee who seeks to get more time in hand before returning to work, can further request an extension in the work-from-mode. Casey remarked that the company would look into matter that needs special attention.
Employees at Google can work from their respective homes more in the week if they wish to do so. Some of their roles, in turn, may also need them to be onsite more than the specified three days a week. Casey wrote that the decision would be made according to the nature of the concerned employees’ job.