Google just raised the bar for B2B (Business to Business) communications by tweeting Drake’s new song as a message to Apple. Yes. Even I was smiling for a few seconds.

Using the tweet, Google is trying to share a message with Apple that they should start using RCS as soon as possible.

#TextsGoGreen hit us different, that’s why we had to drop this unofficial lyric explainer video #GetTheMessage 💚😏 pic.twitter.com/dPxt9yZjCG

According to Google, both scenarios of getting blocked and texting with the non-iPhone user is “pretty rough”. The background voice then wishes that someone at apple can fix this issue. Ending the unofficial lyric video with a message to Apple that they can just enable RCS and fix the issue.

Now, for those who have doubts about what is RCS. 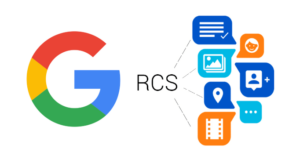 RCS is a messaging protocol which was launched to replace the SMS system.

Rich Communication Services, commonly known as RCS, is a messaging protocol which was launched to replace the SMS system.

What makes RCS different from SMS?

RCS enables you to send images, videos, links, and even read receipts. You can great chat groups suing RCS and even do video calls. All this when an end-to-end encryption system protects the privacy of all your files.

Yes, it sounds similar to any instant messaging app we have on the app store or play store these days. WhatsApp, Signal, Telegram, and Facebook Messenger of them have more or less the same features. The only difference is you don’t have to download RCS from anywhere. It will be available inbuilt on your android.

Why Apple is not interested in adding RCS to their system?

The main reason is iMessage service provided by apple through iOS already enables users to send images, videos etc. The problem arises when an iPhone user tries to send something to a non-iPhone user through iMessage. The receiver will only get the message as SMS/MMS style text.

To understand the next reason why Apple is not taking up RCS, we should understand what is the main reason one person buys an iPhone. People buy an iPhone because their family and friends have it. Having an iPhone makes it easier to communicate. If RCS is introduced in iPhone, then the communication issue is solved and people might reduce buying the iPhone.

Whatever the reason is, there is no information as of now regarding Apple trying to introduce RCS in the iPhone.

Techies and Twitteratis are waiting for how will Apple respond to the cryptic message from Google.