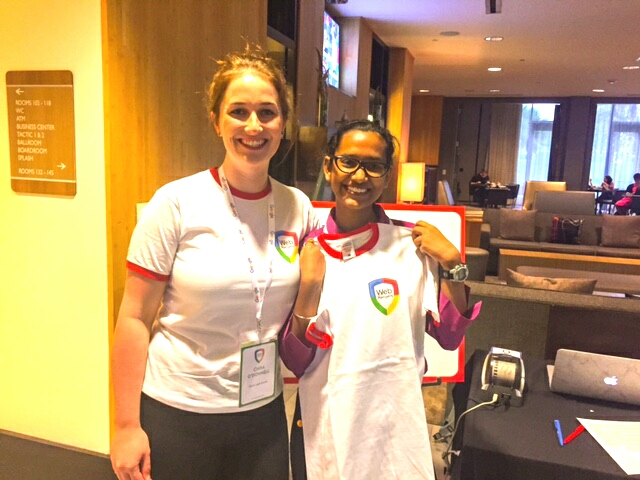 Vaidehi Reddy looks like your regular 16-year-old – grade 11 student who smiles shyly if you mention her beautiful long tresses but don’t be fooled; because behind those bespectacled eyes is a real achiever. A blithe, winsome face hides a focused mind and a compassionate heart; one that made her represent INDIA at the World Web Safety Summit in San Francisco (Silicon Valley) at Google headquarters.

Her story is intriguing and inspiring especially for tech-loving young teenagers of her age. It started almost 2 years ago in 2014, when she was declared as the Doodle 4 Google national winner out of 10 million participating students and so in the year 2015 when Vaidehi, heard about the Google web rangers contest she just decided to take up the project.

Vaidehi said,  “I did not really know anything about the severity of cyber crime and importance of web safety when I went into this Google web ranger contest but as I started researching about this topic I found out so many startling figures.. Like we have the highest number of Google users in the world and the second highest in terms of web users and the most number of internet users are in the age group of 12-19! ”

She added, “The statistics also showed that these teenagers were unaware of the dangers of the web and web safety, cyber bullying, trolling! And not only that! The people who were at most risk were my peers and those younger than me! This really moved me to take up the year- long Web Safety Webrangers challenge!” 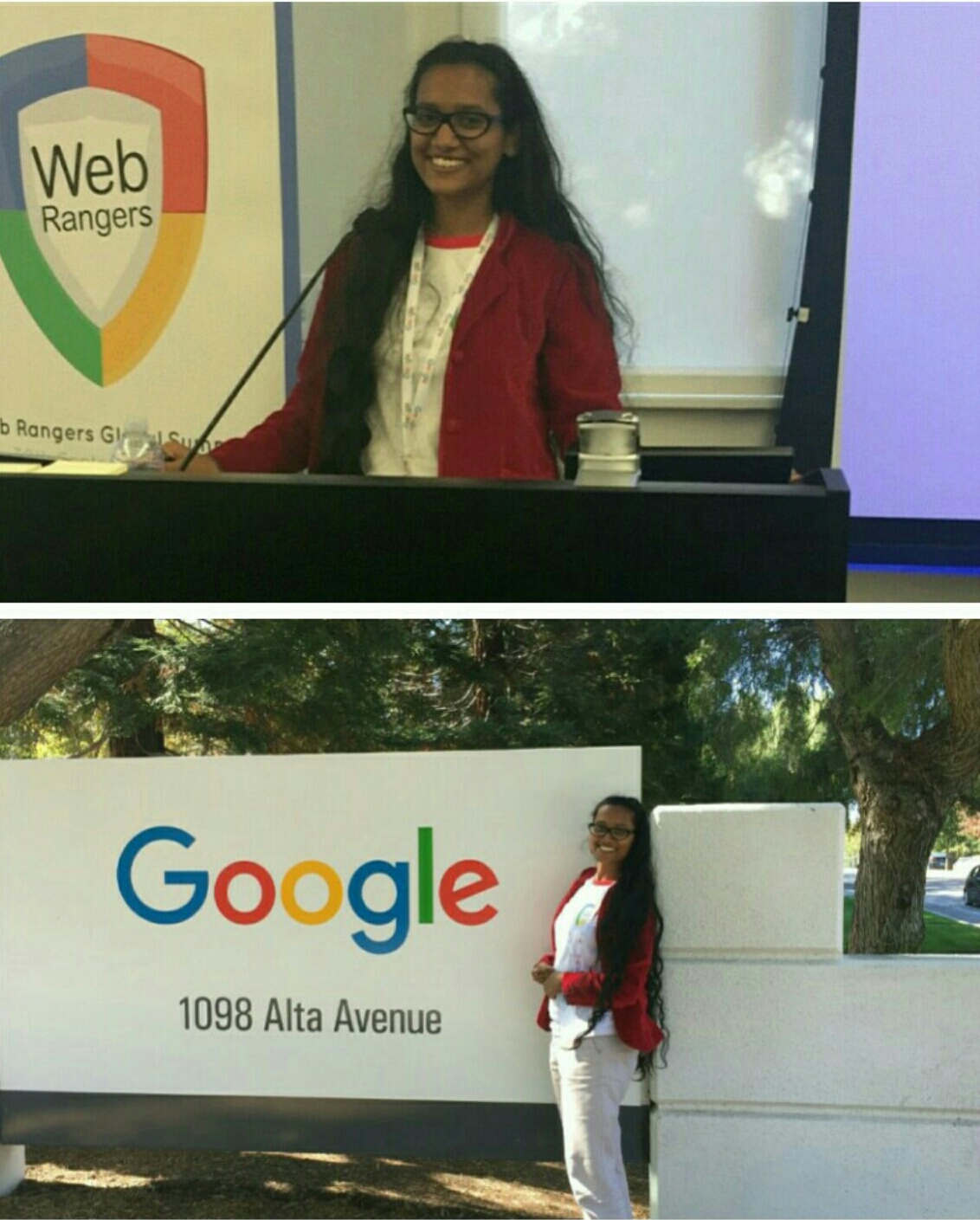 “At about the same time, my best friend’s – FB account was hacked and nude pictures were posted on it and, that really made me think about web safety and I took up the Google challenge with a mission in mind and again won the Web Rangers Contest 2016,  working tirelessly and speaking to hundreds of students about web safety.”

She made a video on her own without any help from professionals which won her the Google Web Rangers contest.  Vaidehi was keen to go a step ahead and said- “So, I thought- just a video isn’t enough.. let me go and tell them in person.. because  the video  uploaded on the internet would target only the fully  literate and regular users of the web, those who already knew about its dangers and were fully aware of how to use it responsibly. But my target audience are the teenagers who are first-time net users, who are the first generation of school goers, the lower-middle class and the local schools. So I along with my mother picked up 14 local State Board Vernacular schools around Pune and went around informing them of theses dangers and what would be the best course of action.”

This young girl did all this inspite of being in Class 10th last year and still managed to Get a CGPA of 9 in her CBSE board Exams! Who says passion and studies can’t go hand-in-hand?

It is right that we cannot change the world but we can surely help one person at a time, and this motivated this feisty teenager to visit thousands of school kids and talk about the dangers of web and how to avoid them!

Soon, tech-giants Google picked up Vaidehi Reddy and her project as a showcase to the world and invited her to their headquarters in Mountain View, to represent India in the World Web Safety Summit- an honor for anyone, especially a teenager sitting half way across the world!

In October 2016 , Vaidehi and her mother flew to the Google headquarters in MountainView, San Francisco, to tell her success story to the world and inspire kids her age to think out-of-the-box and use technology responsibly and safely!

She plans to be a designer and animator with Google when she grows up and going by her drive and focus; this seems quite a reality for this teenager from Pune! Way to go girl!