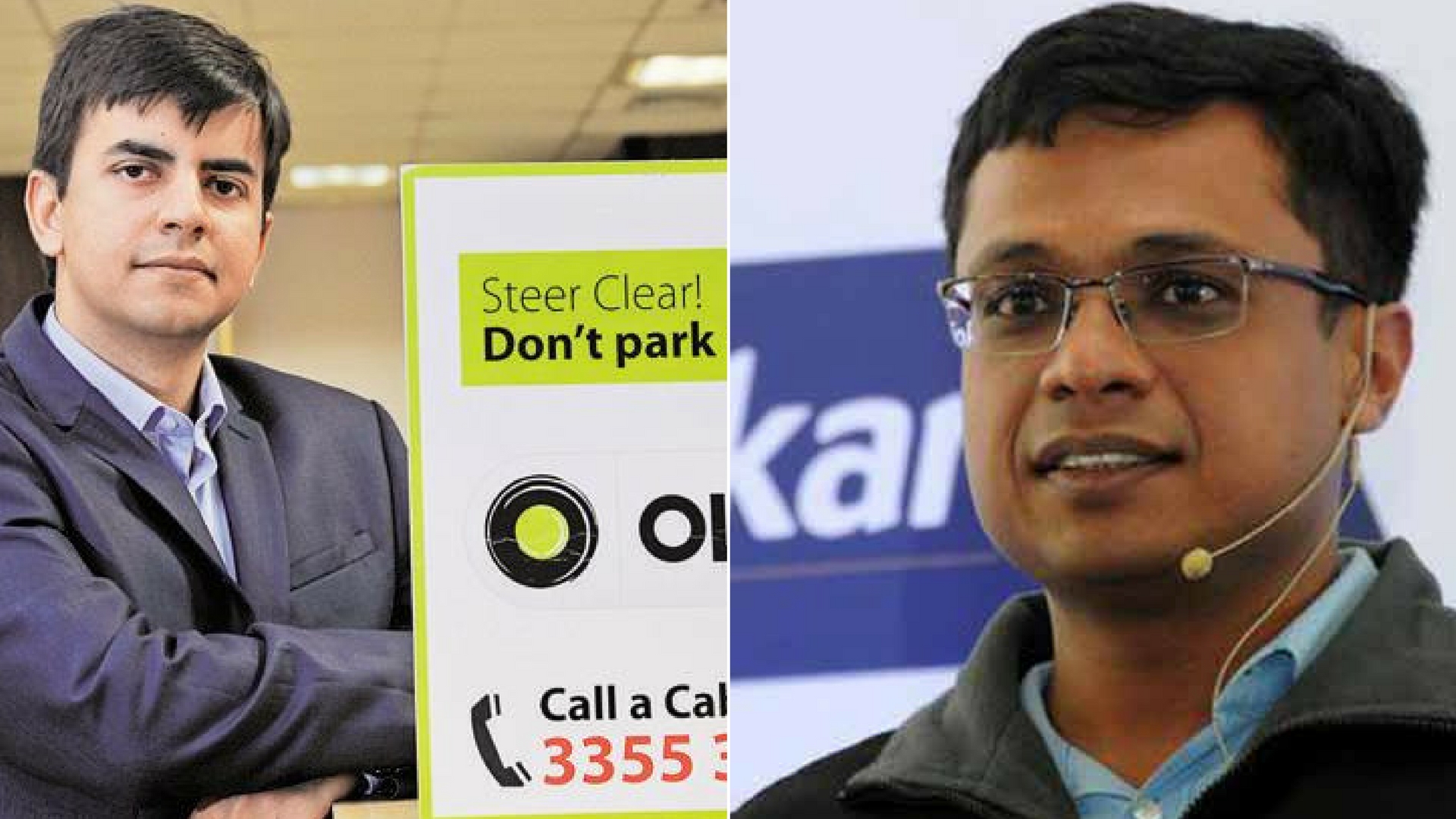 While Flipkart and Ola continue to burn billions of rupees to stay afloat amid intense competition from Amazon and Uber, Flipkart CEO Sachin Bansal with Ola CEO Bhavish Aggarwal in tow seem to be taking the easier route: Crying foul about unlevelled playing fields created by the deep pockets of “foreign” players like Amazon and Uber, instead of taking competition head-on through innovation and efficiency.

Flipkart and Ola: Not so desi, after all!

In fact, Flipkart shifted its parent company to Singapore in 2012 and the Bansals (Sachin and Binny) together own around 15%. Thus, if Amazon and Uber are foreign companies, Flipkart and Ola are in no way less foreign! Having an Indian at the helm doesn’t make an Indian company.

The ugly truth beneath the nationalism rant

Last year when I wrote, “Are Indian startups headed for a bubble burst?”, I was accused of being naïve and too pessimistic about the unfolding India startup story by some, while others attributed it to my inability to see the big picture. “Everyone burns cash in the beginning,” they would say. Even venture capitalists (VC) gave carte blanche to their portfolio founders. The reality is finally catching up.

With the glorified term sheets no longer serving up dollops of vanity metrics, it’s just a matter of time before sanity is restored. But that doesn’t mean that the cycle of hype should be curtailed. Such a cycle is the product of a futuristic vision seeing an opportunity. However, over-expectations related to the speed of adoption need to be subsequently rationalized to avoid massive flameouts that leave everyone burnt.

It’s no secret that Flipkart has been trying to raise fresh funds for the past couple of months, but haven’t succeeded so far. The recent spate of valuation markdowns by its investors isn;t helping its cause, either. A Morgan Stanley mutual fund scheme now values Flipkart at $5.54 billion (equivalent to Amazon’s war chest for India), Flipkart was valued at $15 billion when it raised $700 million in funding in July 2015.

When (copy)cats try to roar, it sounds awkwardly funny!

Let’s get the facts straight. Flipkart copied Amazon’s deep discounting model. Ola is just another taxi hailing app like Uber and Didi and relies on the same model to entice consumers onto its platform. Thus, Bhavish Aggarwal’s comment that “the fight is on the capital side but not on innovation. Capital has become the main product differentiator” sounds outright naive.

In fact, the only differentiating factor so far has been their ability to outspend each other on discounting, advertising and logistics. While customers continue hopping from one platform to the other chasing the best deals in the absence of a distinct differentiator, the companies remain on a perpetual ‘wait-and-see’ mode, wishing the rival’s eventual demise through cash hemorrhage.

In the process, for the financial year ending March 2016, Flipkart reported more than INR 23.06 billion loss versus INR 10.96 billion loss a year ago. Amazon’s losses in India in 2016 could surpass $1 billion. In fact, losses in India hurt Amazon’s international earnings significantly for the September quarter.

It’s anti-people as well. All Indian e-commerce players had clamored for opening up the online retail to foreign capital. And now they want restrictions. Protectionism may help these e-commerce giants to improve margins and see richer valuations, but the absence of competition will be a big blow for Indian consumers that have benefitted immensely from economic liberalization.

Adam Smith, known as the father of modern economics, in his magnum opus ‘The Wealth of Nations’ writes, “In every country, it always is and must be the interest of the great body of the people to buy whatever they want of those who sell it cheapest. The proposition is so very manifest that it seems ridiculous to take any pains to prove it; nor could it ever have been called in question had not the interested sophistry of merchants and manufacturers confounded the common sense of mankind. Their interest is, in this respect, directly opposite to that of the great body of the people.”

Thus, Mr. Bansal and Mr. Aggarwal, it’s probably time to stop complaining about trifles and start focusing on the metrics that matter and developing a profitable business model that’s sustainable and not dependent on external funding.

This article has been written by Raj Mitra. Raj is an Investment Editor, Author, Columnist, Speaker. Raj can be contacted at rajkmitra(at)gmail(dot)com.