Government assures that Twitter is not engaged in any anti-national work.

The government recently assured that Twitter was not engaged in any sort of anti-national work. This was in response to a question by Dr. Amee Yajnik, Congress Rajya Sabha MP, “whether organizations like Twitter had acted against the rules in recent times.” The MP also posed a question as to what actions have been taken by the government to counter those. 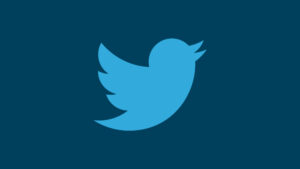 The government’s response to the questions implies that Twitter is not in trouble with a rather sensitive issue. Anti-national work is as sensitive as it is dangerous and being tangled in that is not a pleasant scenario. The government gave a clean chit to the organization while also stating that there is no FIR filed against Twitter to date, thereby providing a sort of double insulation against the blame. The response was given by Rajeev Chandrasekhar, Minister of State for Electronics and IT. In the course of the response, he also brought up the newly stated IT rules, 2021 which came to effect on the 26th of May, 2021.

This relieves Twitter of the looming shadow of suspicion that has been persisting for a few months. It also puts a rest on the controversies that the organization has been facing. Let’s not forget the time it brought a dark cloud of polemics upon itself by labelling a tweet by Sambit Patra as “manipulated media.” Patra is a BJP spokesperson. Following this, the managing director of Twitter, Manish Maheswari was questioned by the special cell of Delhi Police. Although Twitter secured the clean chit from the government, it is yet to comply with the new IT rules. Twitter still hasn’t appointed a nodal contact person which is mandatory as per the terms.

Wrapping up, in a context where the term ‘anti-national’ is used quite offhandedly in political and popular discourse, it is important to keep an eye for the spark that might kindle a raging flame.